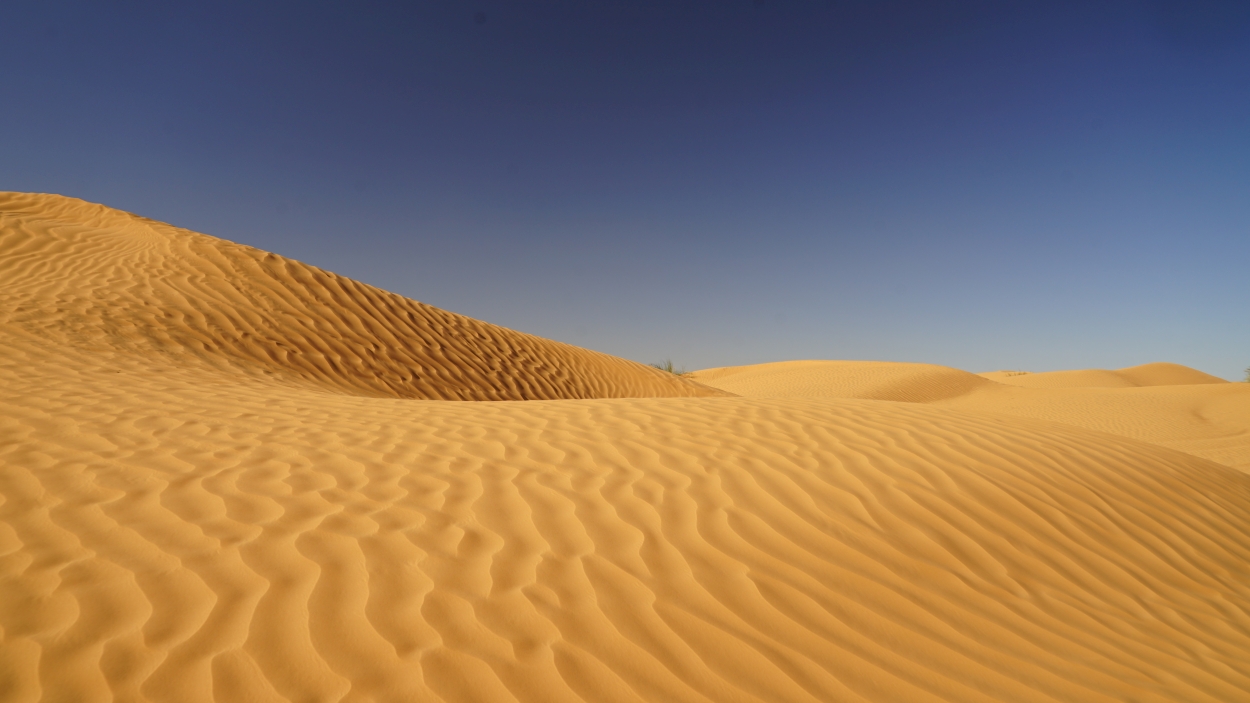 We drove through death salt lake Chott El Djerid to Douz, and since it was already late afternoon, we have decided to stop over there on the way to Ksar Ghilane. The camp next to the main road was empty and quiet (7 TND / person). In the morning we have finally arrived in the Sahara Desert to the busy touristic Ksar Ghilane oasis. It’s the most popular gateway to the Sahara Desert located on the eastern limit of the Grand Erg Oriental. Oasis is busy during the day with tourist buses, but quiet in the evening with few people left in three camps (15 TND / person). There is also a hot spring, so you could bath in a small thermal pond (Celtia beer 5 TND / 240 ml) after some quad biking (60 TND / hour) around impressive dunes and the ancient fort of Tisavar. It was a Roman outpost, renamed by the local Berbers in the 16th century and which now lies abandoned on a low hill about 2 kilometers west of the settlement.