Closed to outsiders for much of the 20th century, Albania has long been Mediterranean Europe’s enigma. Until fairly recently its rumpled mountains, fortress towns and sparkling beaches were merely a rumour on most travel maps. But, with the end of a particularly brutal strain of communism in 1991, Albania tentatively swung open its gates. The first curious tourists to arrive discovered a land where ancient codes of conduct still held sway and where the wind whistled through the shattered remnants of half-forgotten Ancient Greek and Roman sites. Quarter of a century after throwing off the shackles of communism, Albania’s stunning mountain scenery, crumbling castles, boisterous capital and dreamy beaches rivalling any in the Mediterranean continue to enchant, but hurry here because as word gets out to what Albania is hiding, the still tiny trickle of tourists threatens to become a flood. 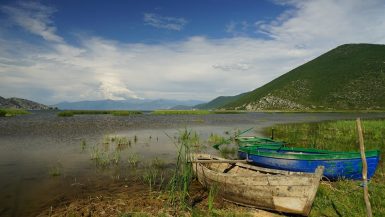 Great sunny day and relaxing stop by the quiet Lake Prespa and overnight on the banks of Lake Ohrid. Lake Ohrid straddles the mountainous border between southwestern Macedonia and eastern Albania. It is one of Europe’s deepest and oldest lakes, preserving a unique aquatic ecosystem... 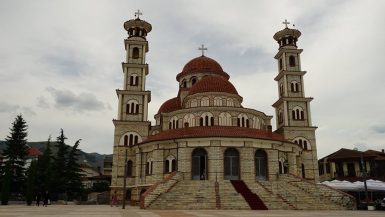 It took us a long time to get to Korçë through really curvy narrow roads in a great mountain range. Korçë city is known for its typical quarters, composed of low houses and villas, which are paved with cobblestone. 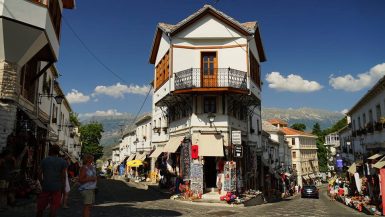 Great one day stop in magical hillside town defined by its castle, roads paved with chunky limestone and shale, imposing slate-roofed houses, and views out to the Drina Valley. We made it also to the Church of the Dormition of the Theotokos in the village of Labovë e Kryqit – It is... 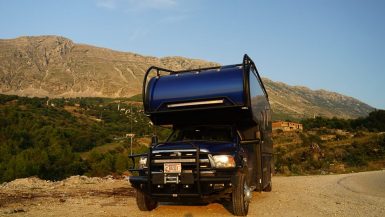 We spend a few hours on the way through the mountains to Libohovë and Gjirokastër. It was driving through magnificent sceneries and great views. Late afternoon we climbed the tiny road to Libohovë village. It is overlooked by Libohovë Castle and has a main street with a famous old tree... 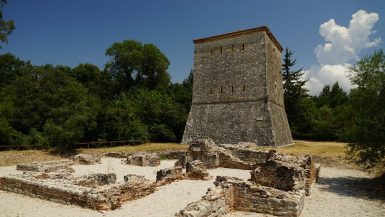 In the morning we made it to the ancient ruins of Butrint, 18km south of Saranda, All remains are in a fantastic natural setting and are part of a 29-sq-km national park. The remains – Albania’s finest – are from a variety of periods, spanning 2500 years. After a tiring walk, we... 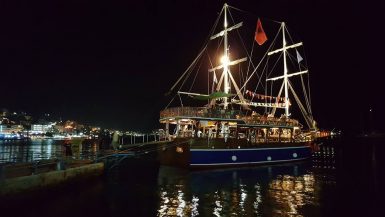 We arrived again late to Saranda – one of the most charming towns of the Albanian Riviera. This summer seems like half Tirana relocates here to enjoy the busy beach and busier nightlife along its crowd-filled seaside promenade. What was once a sleepy fishing village is now a thriving... 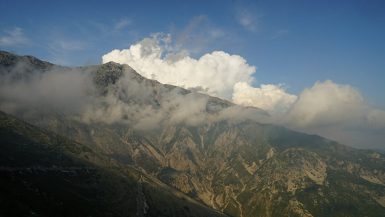 We were driving through the famous Llogara Pass (1043 m) which is nestled in the middle of the Çika Mountain range which is part of the Llogara National Park. It’s a spectacular winding road, rising up to 1,027 m and overlooking the Ionian coast of the Albanian Riviera. This is the... 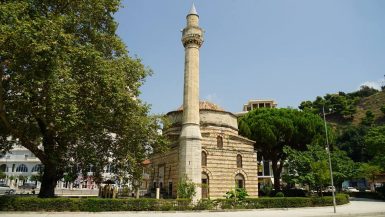 We arrived late at night in the city (as usual), but we still made a short walk along the huge beach walk. The next morning we went around the old city on a scooter. Vlora is an old city founded in the sixth century B.C., originally known by the name Aulona. Vlora is situated in a... 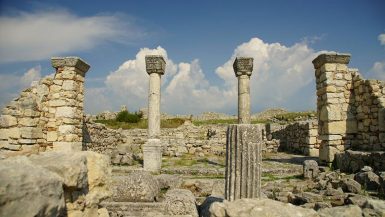 Today we made a short hike around the ancient Illyrian city founded by King Pyrrhus of Epirus. For the Albanians, the city of Byllis, dating back to the 4th century BC, is one of the most important archeological sites in Albania. It has been the largest city of Southern Illyria due to its... 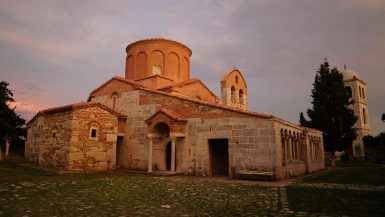 We explored some remains of Hoxha’s program of “bunkerisation”, which resulted in the construction of bunkers in every corner of Albania. Hundreds of thousands of concrete bunkers (built 1960 to 1983) still crowd Albania long after the fall of Communism. Later we arrived...