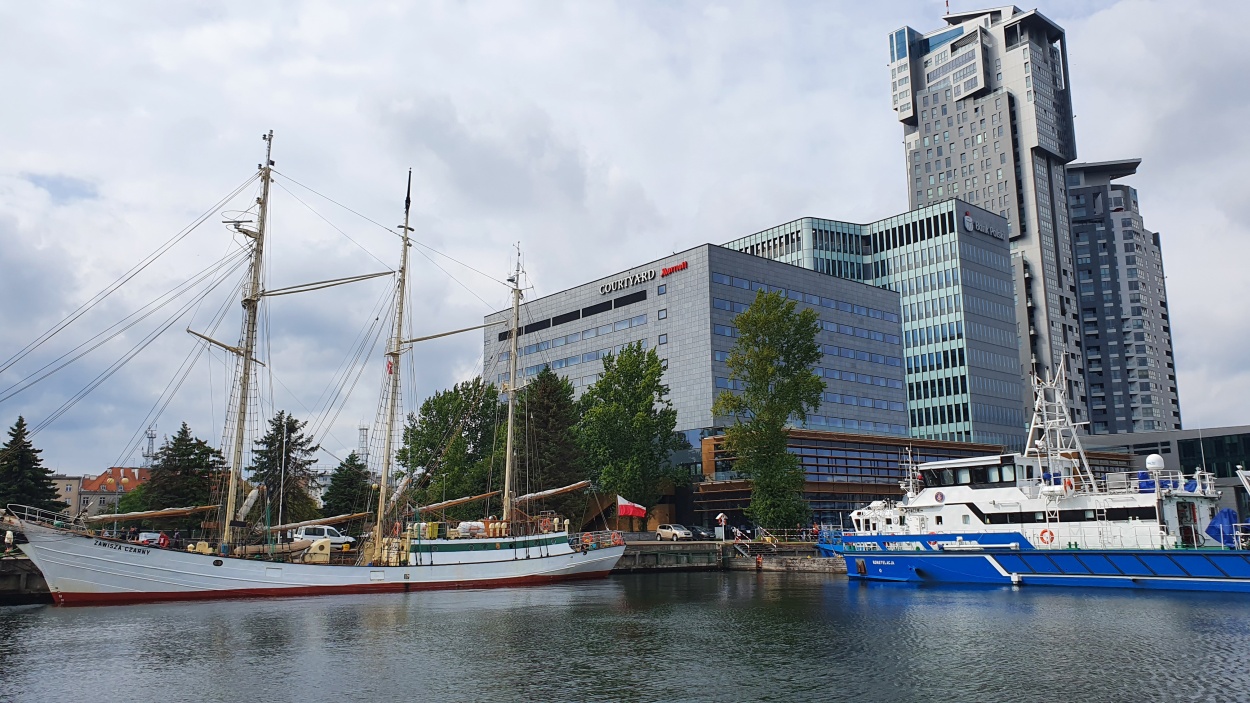 Our next stop was seaport city Gdynia (parking 50 PLN), which lies on the coast of the Baltic Sea along the Gulf of Gdańsk, just northwest of Gdańsk city. First mentioned in 1253, Gdynia began as a fishing settlement. Major growth came only after World War I when Gdynia was returned from Germany to Poland by the Treaty of Versailles. When the German-controlled legislative assembly in Gdańsk barred Poland’s use of that port’s facilities, Poland chose Gdynia as the site for its new port. From 1924 to 1939 Gdynia was the major Baltic port, surpassing Gdańsk and Szczecin. Nazi Germany destroyed the town and harbor during World War II, but Gdynia was quickly rebuilt after the war. Nowadays it is the main passenger port of the “Three-City” urban area, manufacturing center, and the home port of the Polish navy. Covid-19 made this city boring also in the night, there are just a few bars and fish restaurants near the main pier of Marina Gdynia, around the beach area and amusement park, where are also some “street-food” trucks and containers (Zapiekanka – half-meter  – 20 PLN). In the evening we took a beer in the shisha bar Bollywood Lounge (Lech Premium 0,5 l / 10 PLN, Nachos 15 PLN). Klub Poklad was open, but death on Friday around midnight, so we did not enter.