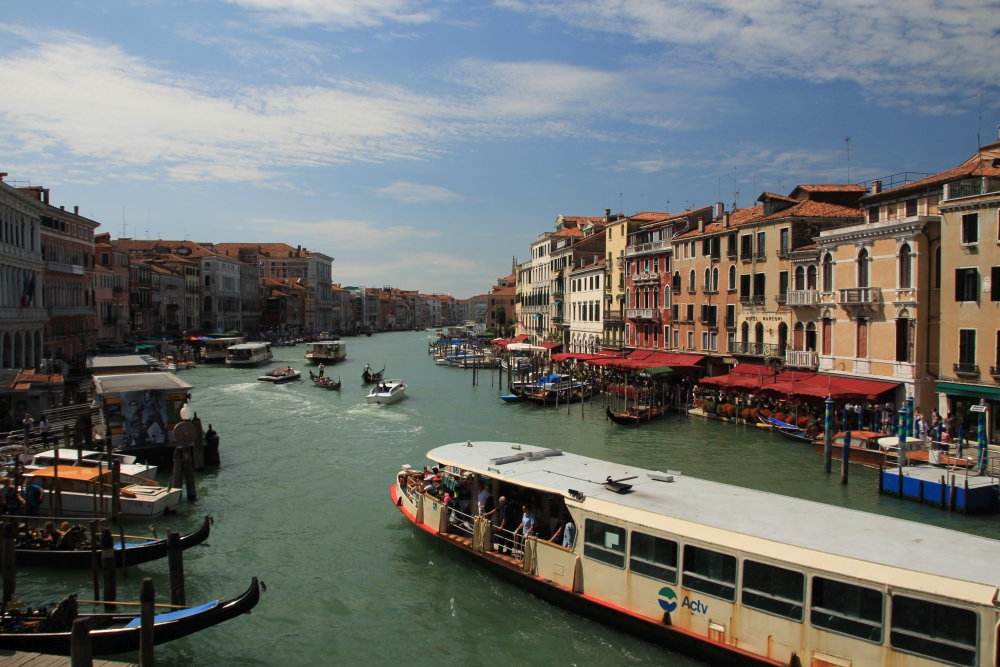 Our next stop on the way to Tunisia was Venice in Italy (toll from Slovenian border – 10,50 EUR).  This famous city is situated on a group of 118 small islands that are separated by canals and linked by over 400 bridges. The islands are located in the shallow Venetian Lagoon, an enclosed bay that lies between the mouths of the Po and the Piave rivers. The city was historically the capital of the Republic of Venice for a millennium and more, from 697 to 1797. It was a major financial and maritime power during the Middle Ages and Renaissance, and a staging area for the Crusades, as well as an important center of commerce—especially silk, grain, and spice, and of art from the 13th century to the end of the 17th. The city-state of Venice is considered to have been the first real international financial center, emerging in the 9th century and reaching its greatest prominence in the 14th century. This made Venice a wealthy city throughout most of its history. The lagoon and a part of the city are listed as a UNESCO World Heritage Site. We have scrolled around the famous landmarks – St. Mark’s Basilica, Grand Canal, Ponte di Rialto, and the Doge’s Palace. We found also time to visit the small islands Murano and Burano with its colorful houses and laidback atmosphere.