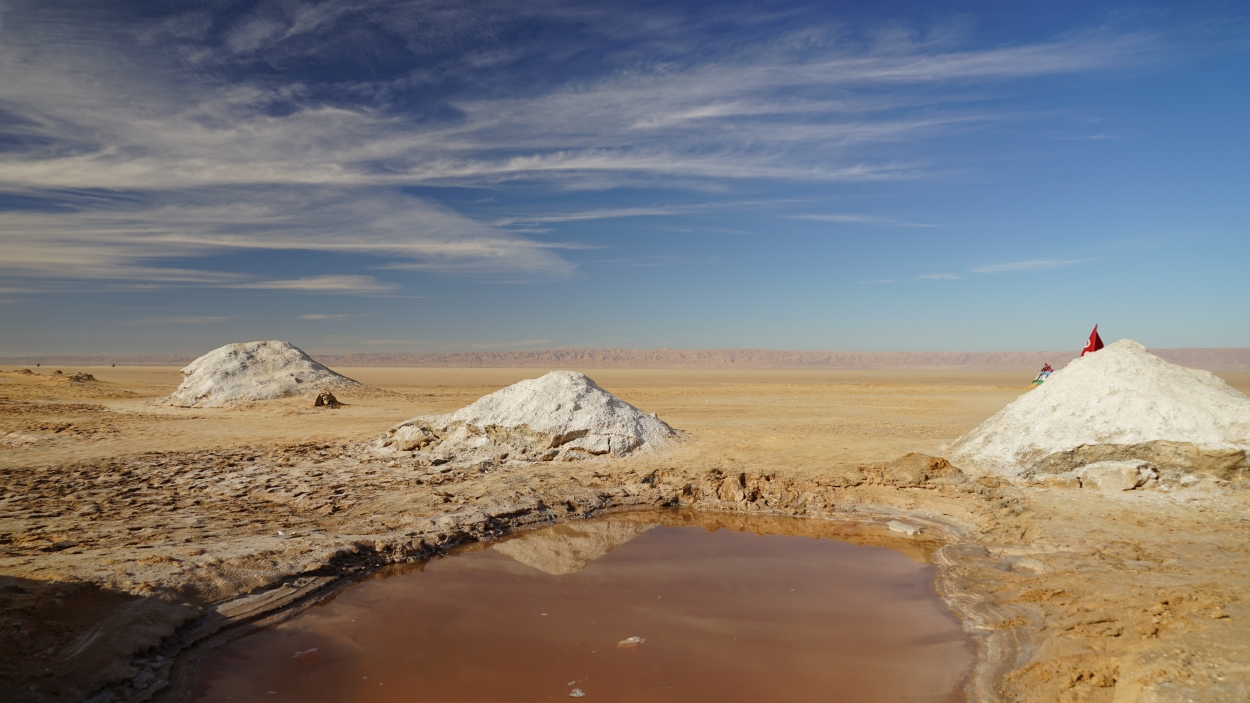 We drove three hours through death salt lake Chott el Djerid to Douz. It is the largest salt pan of the Sahara Desert, with a surface area of over 7,000 km2. It has a typical hot desert climate. Due to the harsh climate with an average annual rainfall of 100 mm and daytime temperatures more than 50 °C, water evaporates from the lake. In summer Chott el Djerid is almost entirely dried up, and numerous “fata morganas” occur. The bottom of the lake is located between 10 and 25 meters below sea level. The lake’s width varies widely according to the season and sometimes parts of it appear in various shades of white, green, and purple.