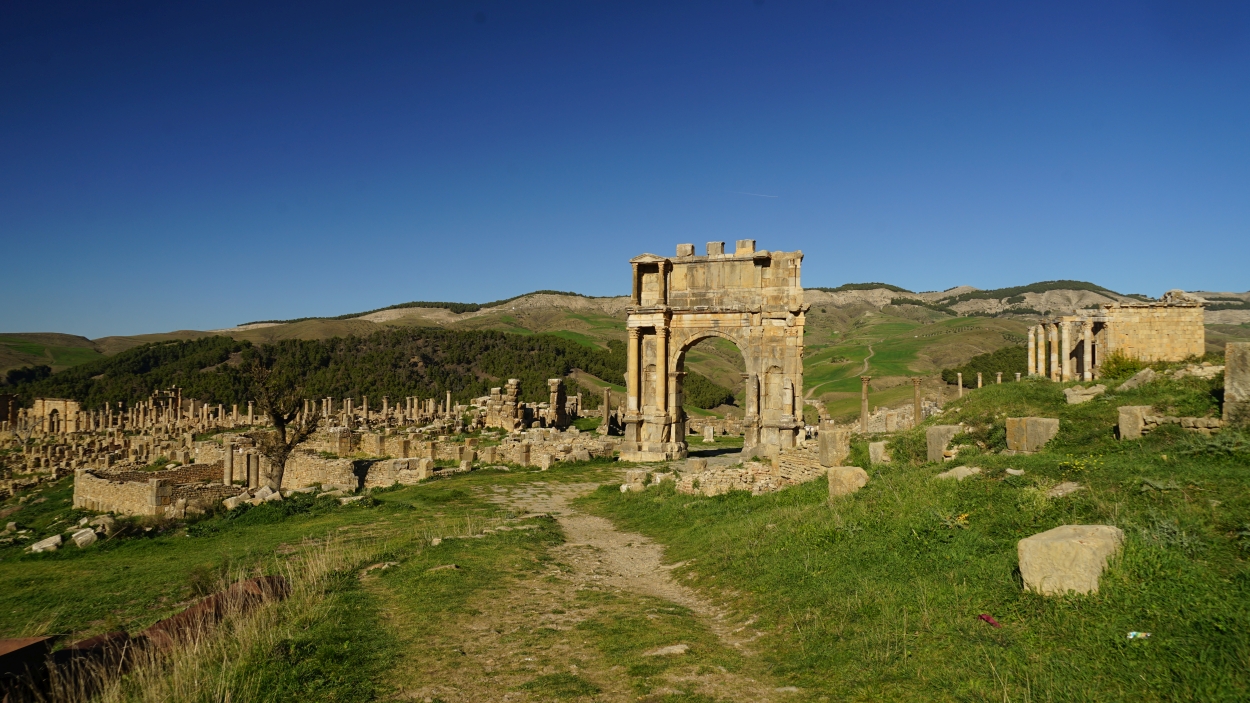 A local police escort leads us through the great landscape to the breathtaking ruins of Djemila. We have parked next to the entrance and rushed to the site. The huge archeological complex contains remains of the ancient Roman town of Cuicul. Tucked into the strikingly beautiful Petite Kabylie hills, Djemila is one of the most perfect expressions of the meeting of Roman power and African beauty and that is why Djemila became a UNESCO site for its unique adaptation of Roman architecture to a mountain environment. The city was built in the first century as a Roman military garrison in 900 meters above sea level. Significant buildings, located on the rugged terrain at the confluence of two rivers, include a theatre, two fora, temples, basilicas, arches, streets, and houses. The exceptionally well-preserved ruins surround the forum of the Harsh, a large paved square with an entry marked by a majestic arch. Little known outside of Algeria, Djemila is nevertheless one of the great historical wonders of the world. Good for us, we were not the only foreign tourist, but the only visitors at all (entrance 100 DZD / museum 80 DZD / parking 250 DZD / toilet 20 DZD). After the visit we were guided by a friendly museum guard around the little town, we tried local coffee with some sweets, and later in the evening, we tasted some fast food (barbecue and soup for two – 350 DZD). On the way back to our gated parking location, we were guarded (or controlled?) by slowly going police patrol, they also made sure, what time we would like to go next day to Jijel, that they can probably arrange police escort again.