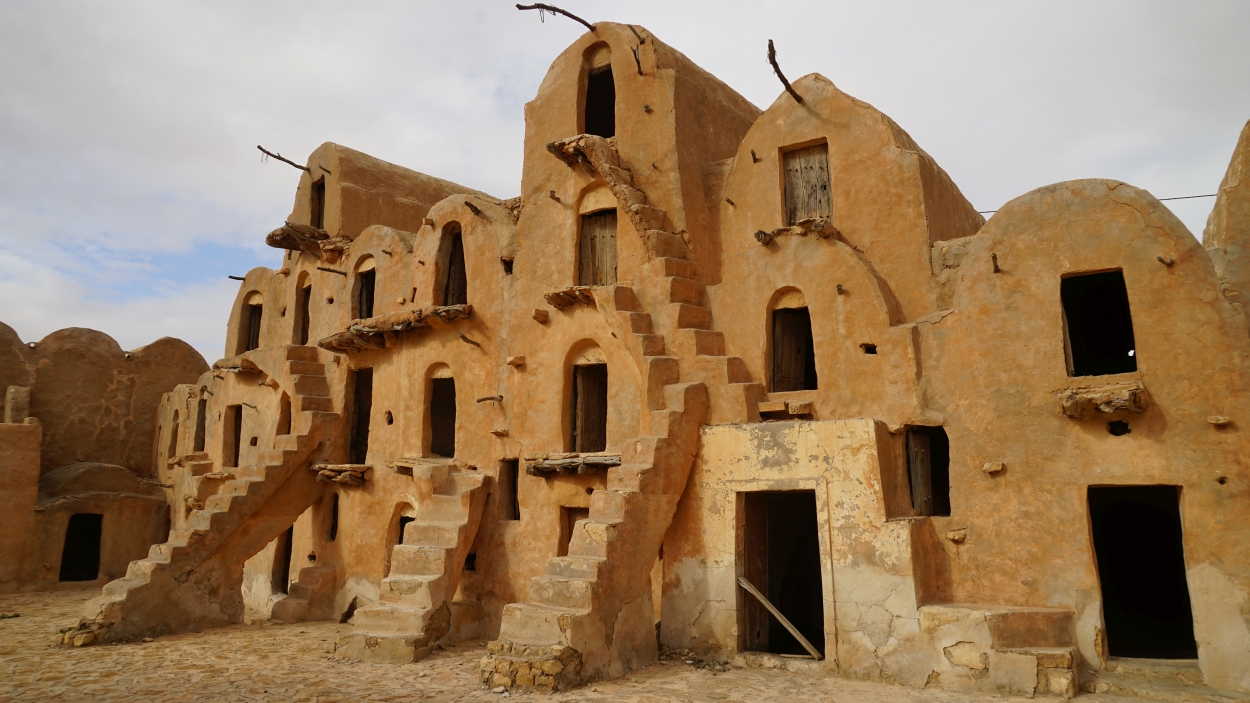 In rainy and windy weather, we have arrived at another spectacular fortified granary in the Tataouine region. The oval fortification of Ksar Ouled Soltane was constructed by Berber people on a top of a sandy hill. The ghorfas, or stacked grain-holding buildings are spread out over two courtyards and have survived the hot climate since the 15th century. Although they have now been abandoned for many years, the Ksar was built for protection from raids and designed to remain cool during arid weather near the Sahara Desert. Fans of Star Wars will undoubtedly recognize Ksar Ouled as the slave quarters where Anakin and his mother lived in The Phantom Menace.