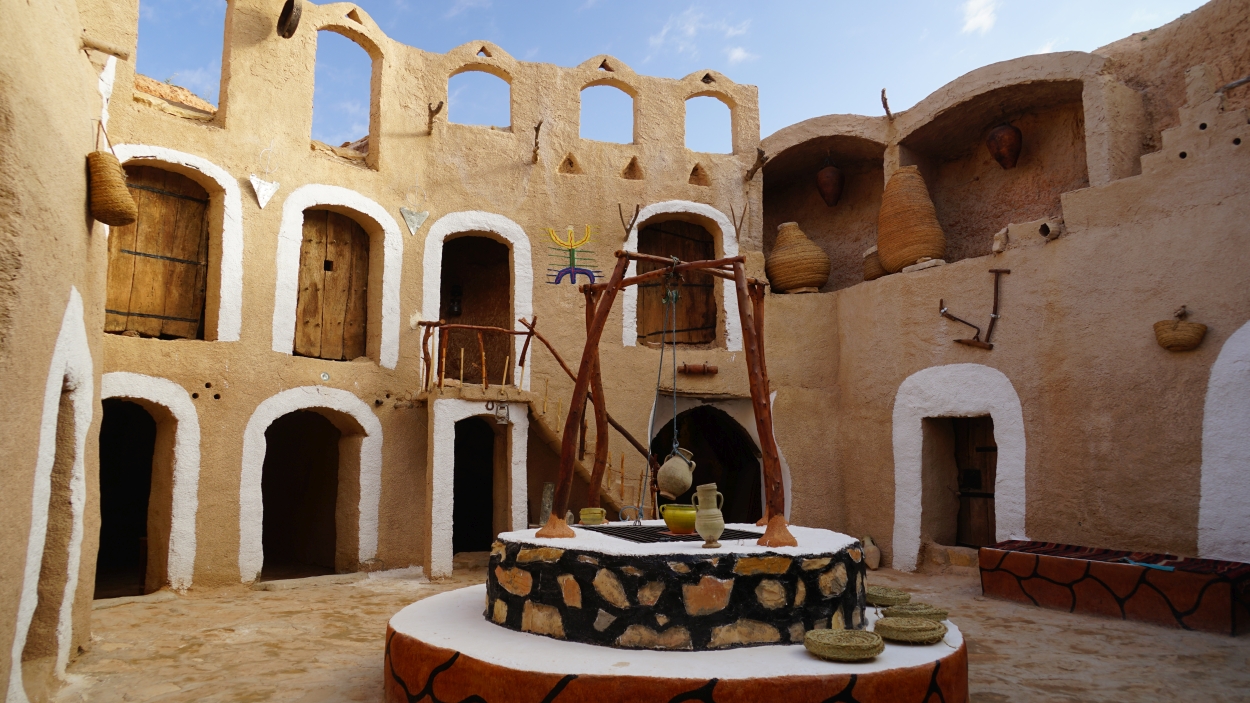 On the way to Chenini, we made overnight in Matmâta (local dinner menu 35 TND). It is a small Berber village in southern Tunisia with the most unusual village landscapes (local guide 34 TND / hour). The traditional underground “troglodyte” structures typical for the village are created by digging a large pit in the ground. Around the perimeter of this pit, artificial caves are then dug and then used as rooms, with some homes comprising multiple pits, connected by trench-like passageways. It was not generally known until 1969 that there were regular settlements in this area besides wandering nomadic tribes. That year, intensive rains that lasted for 22 days inundated the troglodyte homes and caused many of them to collapse. In order to get help from the authorities, a Berber delegation was sent to the regional town of Gabès. The visit came as a surprise, but help was provided, and the above-ground settlement of Matmâta was built. However, most of the people continued their lives in re-built underground homes, and only a few of the families moved to the new surface dwellings. Anyway, the village’s most famous resident is not a local – or even native to this planet. A Matmâta troglodyte house was used as Luke Skywalker’s house in the Star Wars movie.