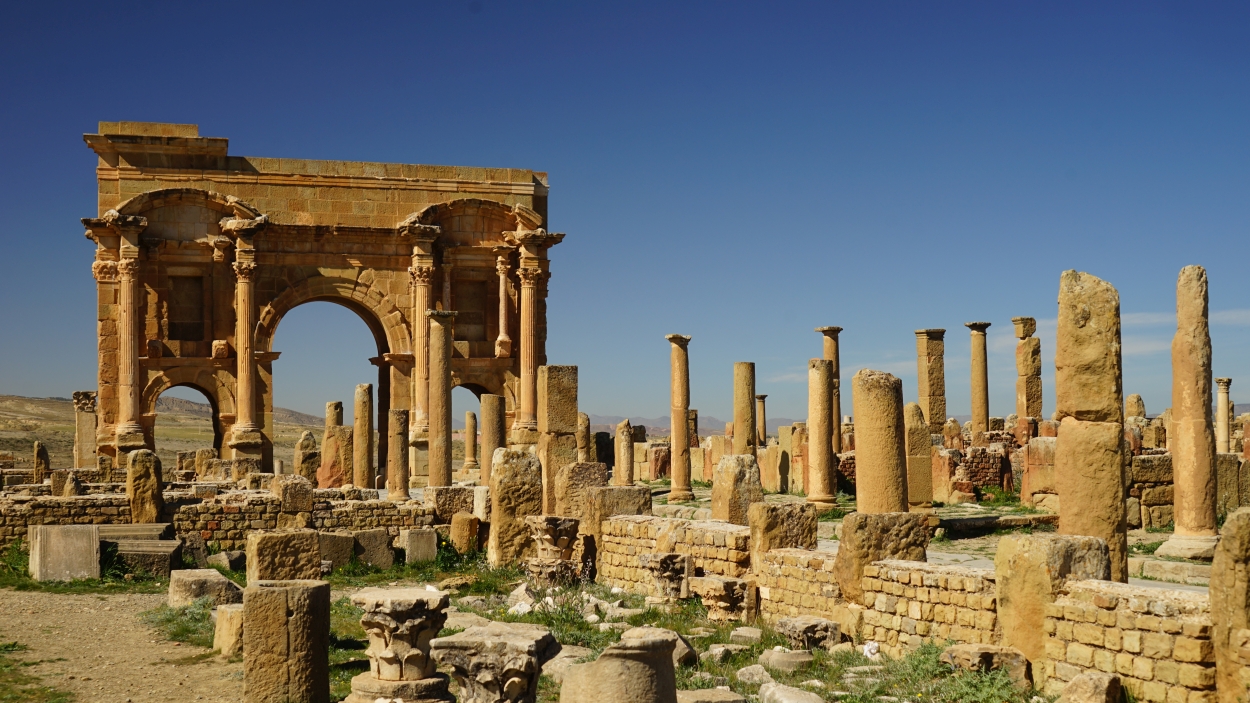 Late afternoon, we have finally arrived in Timgad – one of the finest Roman sites listed in UNESCO. Since the Archeological site was just closing, we took a local tasty pea soup and some barbecue (600 DZD) in a nearby fast-food restaurant. We saw, that some police officers have arrived during our dinner, but they were staying outside and did not bother us. But after dinner, they have immediately approached us and asked us to follow them with our truck in front of their police station for overnight parking. They made quick friendly registration and then one of the police officers invited us for a coffee at a nearby coffee shop. The next morning, we said goodbye and went to the ruins of Timgad, which stretch almost as far as the eye can see over a plain that in winter is cold and desolate and in summer hot and tinder-dry. Timgad was a city founded by Emperor Trajan around the year 100. The city was intended to serve primarily as a bastion against the Berbers in the nearby Aures Mountains. It was originally populated largely by Roman veterans. The ruins representing one of the best examples of the grid plan used in Roman town planning. It took us a few hours to scroll around the ancient ruins with remains of The Great Baths, The Town Centre & Library, The Theatre & Fort, The Capitol & Market, and Trajan’s Arch.