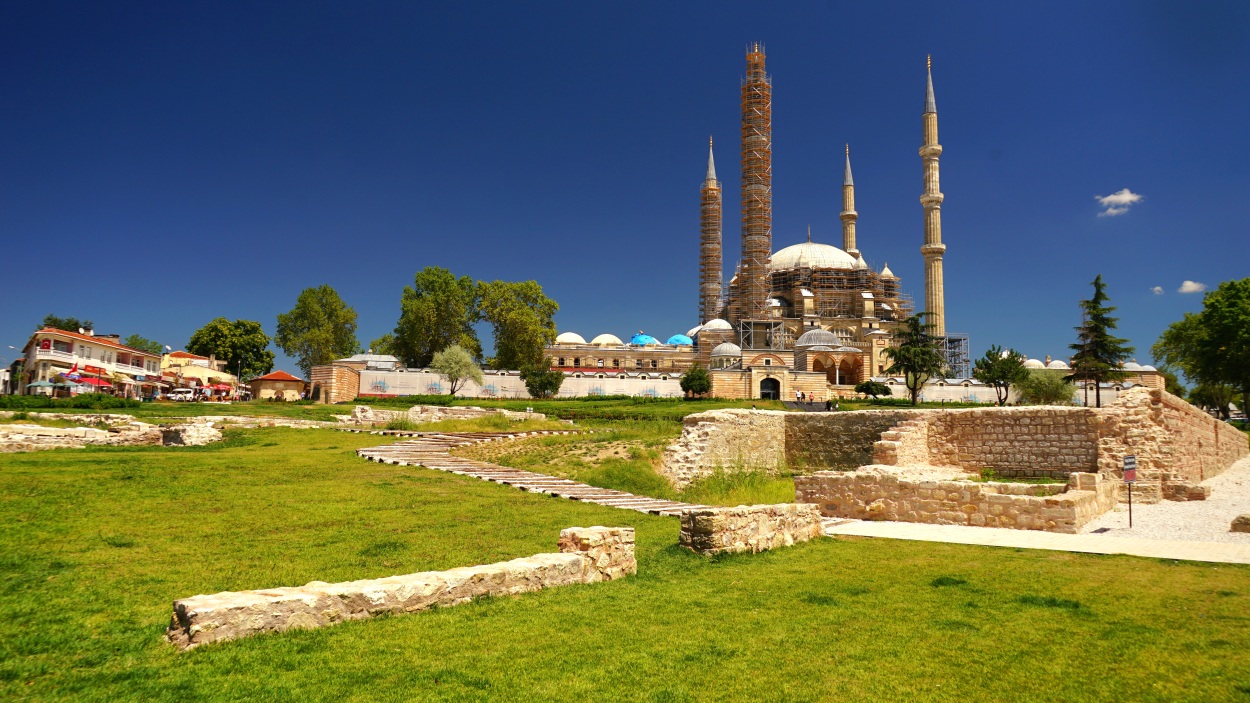 After a few days on the beach near Alexandropouli, we had finally finished our work and some little reparations, and we hit the road towards Turkey. We used not so busy Ipsala border crossing, but it still took us 2 hours (the Greek side was very relaxed; the Turkish side complicated, as expected) to enter Turkey. We immediately bought our sim cards (Türk Telekom – 50 GB / 30 days / 700 TRY and 25 GB / 30 days / 550 TRY) at the border (before the exit gate in the duty-free shop complex). Then it took us another two hours to arrive at Edirne, the former capital of the Ottoman empire before Mehmet II conquered Constantinople and moved his court there. It lies at the junction of the Tunca and Meriç rivers, near the borders of Greece and Bulgaria. The largest and oldest part of the town occupies a meander of the Tunca around the ruins of an ancient citadel. Edirne’s site and turbulent history were determined by its strategic position on the main route from Asia Minor (Anatolia) to the Balkans. The town is blessed with imperial building stock, a unique culinary heritage, and a lingering and much-cherished sense of civic grandeur. Close to the Greek and Bulgarian borders, the city has a European flavor best appreciated in summer, when locals party on the banks of the Tunca and Meriç Rivers and cheer on the contestants at the world-famous Kırkpınar oil-wrestling festival in July. It was a surprisingly very pleasant first day in Turkey (local kebab – 35 TRY, ice cream – 7,50 TRY, lemonade – 20 TRY, Efes beer – 45 TRY / 0,5 l).