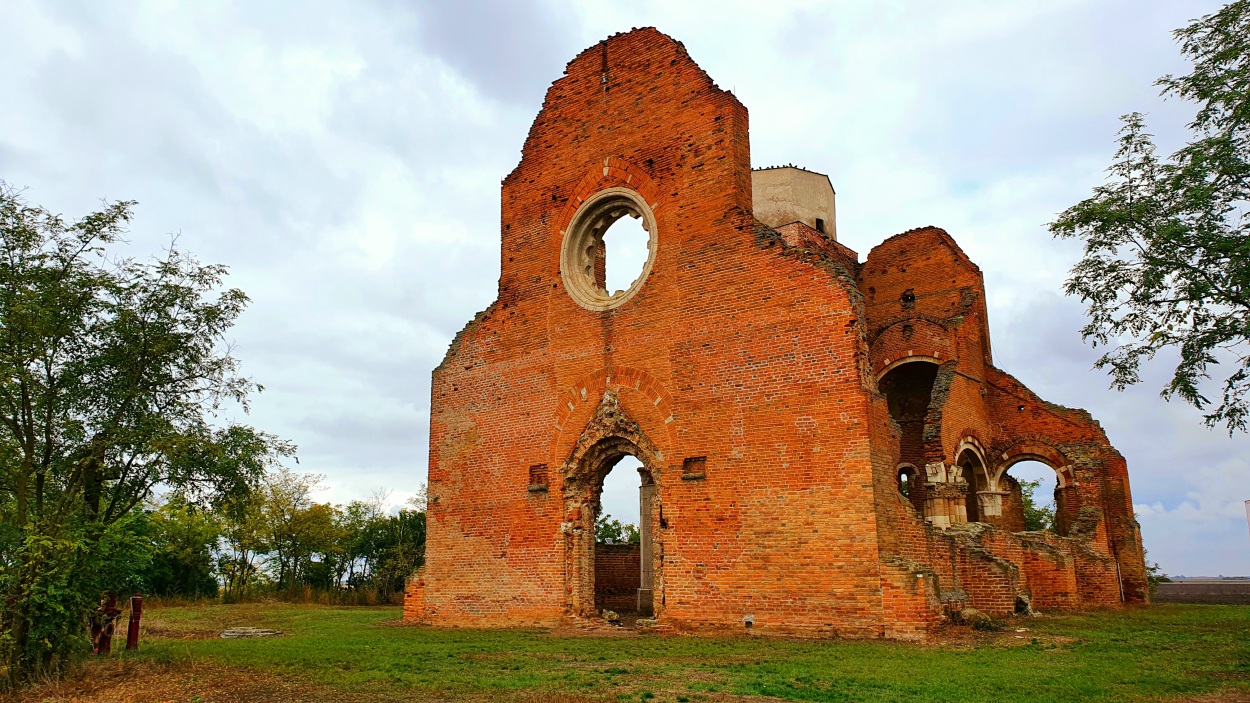 Sitting in a grassy field are the ruins of Arača, a 13th-century Romanesque church which was once surrounded by an entire village, but after repeated razing across the hundreds of years of its existence now stands hauntingly in the middle of cornfields, with birds nesting in the old walls. It was built in the early 1200s, the ornate Roman-style church was robbed later on in the century only to be reconstructed in 1370. During the reconstruction, a gothic tower was added to the church giving it a slightly mixed architectural style. Later on, the church fell into the hands of a series of Serbian despots until it was finally burned to near non-existence by the Ottomans in 1551. After this final act of destruction, the church never recovered, but never disappeared either. After offroad driving in Arača, we took the highway to Belgrade (30 km / 250 RSD) and bought diesel (168,90 RSD / l).