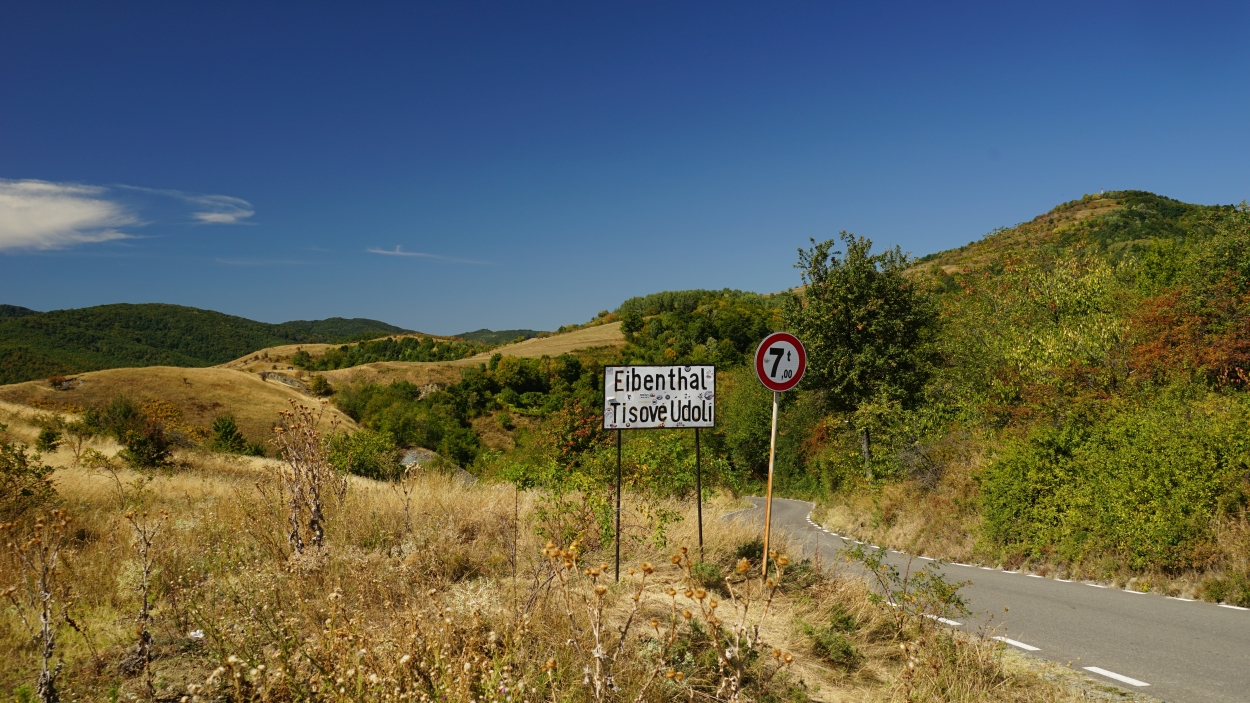 The ethnic Czech villages of the Romanian Banat – today home to around 2,000 inhabitants – are a unique cultural phenomenon. They are located in the mountains above the Danube Gorge and are surrounded by populations of Serb and Romanian origin. The villages’ years of isolation have helped to preserve the inhabitants’ Czech language, customs, and traditional farming methods, and animal husbandry. Czechs arrived during the Austro-Hungarian Empire, in wartime when they had no place to work and they came here to cut the wood in the forests. Then they were promised that for ten years they would not have to pay any taxes. The village’s population of 300 people quadruples each summer when a music festival – Festival Banat – attracts hundreds of visitors from the Czech Republic. Eibenthal, the biggest village, is nestled in a dip between hills, cut off from the rest of the country by the Danube, and its inaccessibility is the key to its charm. The whole day we spent on our scooter driving around the hills and through the village and its surroundings. After exploration, you can refresh yourself at Pub U Medvěda (closed during our visit) and newly opened Eibenthal Restaurant (Garlic Soup – 18 ROL, Beef Goulash – 32 ROL, Pork with potato-pancakes – 35 ROL, Mineral Water – 0,75 l / 8 ROL, Eibenthal Beer – 0,5 l / 10 ROL, Kofola 0,5 l / 6 ROL, Cake – 10 ROL).