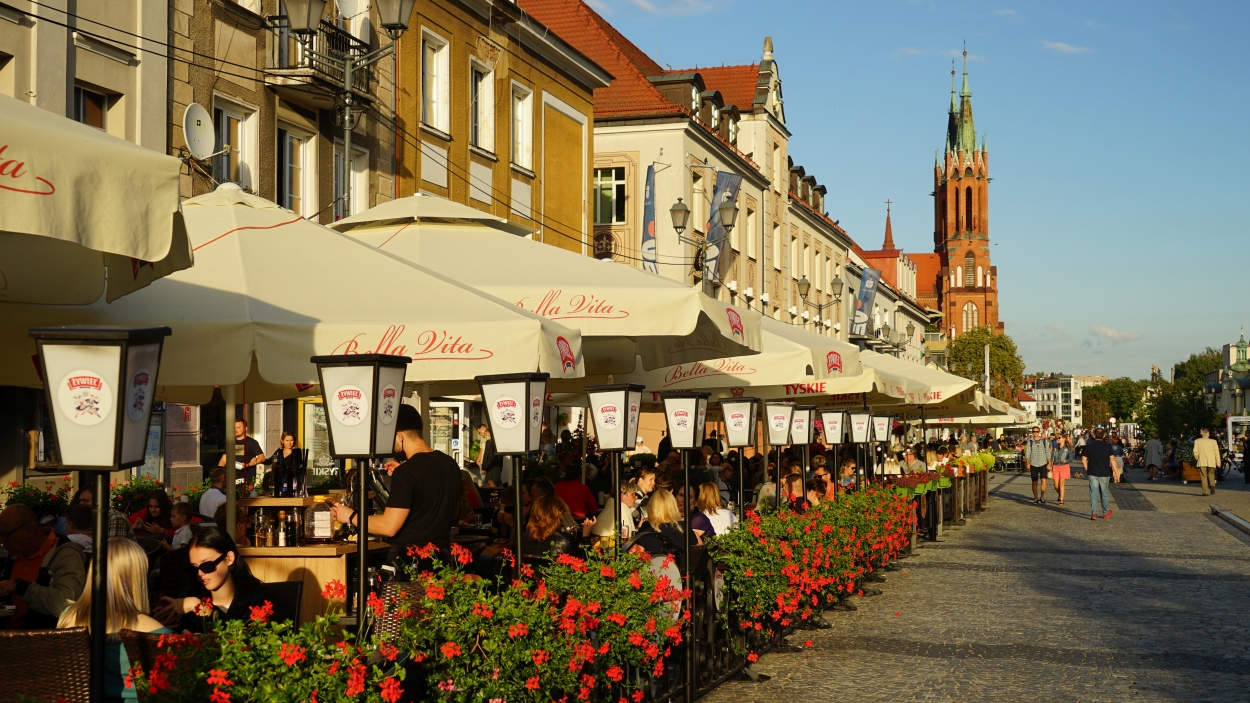 We took a two days weekend break at the regional hub – Białystok. Thought to have been founded by Gediminas, grand duke of Lithuania, about 1320, it was first chronicled in 1426 and received town rights in 1749. During the 18th century, it prospered under the wealthy Branicki family, who erected a Baroque palace known as the Podlasie Versailles. The Branickis invited several renowned artists and theoreticians to Białystok, developing a creative and educational center that became known throughout Europe. By 1863 the town was a major textile community with some 230 factories and 3000 workers. Białystok was a major center of Polish Jewry. At the onset of World War II, the city had a population of 100,000, of whom about 40,000 were Jews, but in 1941–44 the Germans killed half the inhabitants, including all the Jews in the ghetto, and destroyed three-fourths of the industry and buildings. Belarusians are now the city’s principal ethnic minority. Its quite a pleasant city with a big square lined with restaurants and bars, our favorite bar was stylish Alchemia (Craft Beer 0,5 l / 12 PLN), friendly and lively disco was WOW (Entrance 20 PLN, Lech Beer 0,5 l / 12 PLN), and if you would queue for a few minutes, you will be able to try the tasty ice cream at U Lodziarzy (5 PLN / scoop).