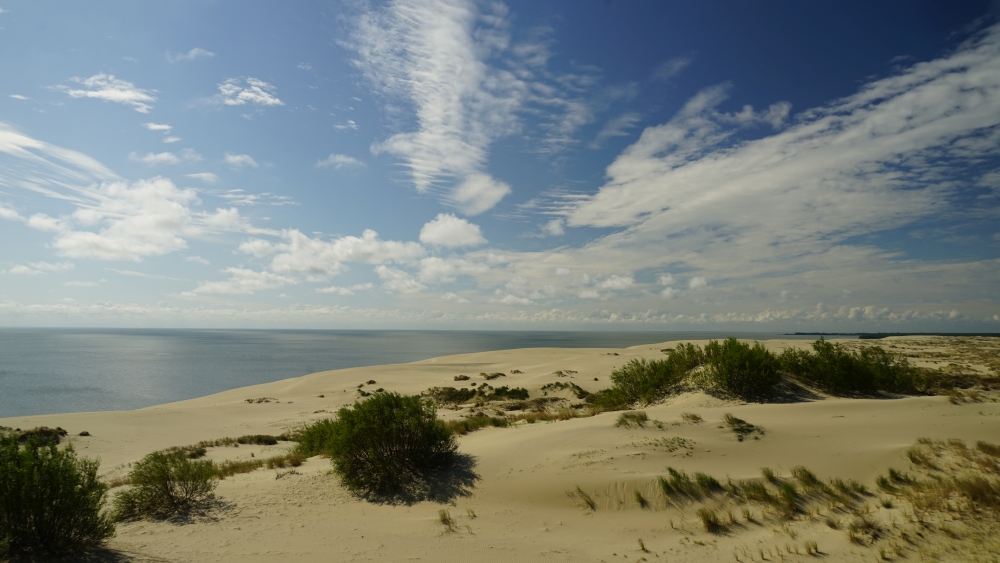 We have got the Russian eVisa for the Kaliningrad Region (easy online procedure, no fee), so we moved today to a small border located on the Curonian Spit. We went there before 08:00 and we were the only ones there at that time, but after 30 minutes there was already a queue of cars and buses, so definitely they would spend there few hours. The procedure was speedy on the Lithuanian side with friendly custom officers and an impolite rude passport control officers. Anyway, we ignored his stupid request to remove our RAM5500 plate from the back of the truck and went to the Russian side of the border. They were there quite friendly, but they did an extended search of the truck. After filling up two Declaration forms for truck and other two for scooter, we have filled also another two Explanation forms. All formalities took around an hour, then we were allowed to enter the Russian Federation. After a few hundred meters we have arrived at the National Park guard check-post where we have paid by card 1600 RUB to enter the park. They were helpful and friendly and charged us just for the small car instead of a truck, so we have saved quite some money. The Curonian Spit National Park is UNESCO’s natural heritage. This is the world’s largest sand bay bar located on the southeast coast of the Baltic Sea. Constant winds create exceptional dune landscapes here. Due to the unusual relief and special microclimate on the Curonian Spit, there is amazing biological diversity. Pine forests, birch forests, and extensive lichen fields neighbor with sand dunes. Above the park there is a bird migration route, linking Finland, Karelia, and the Baltic states with southern Europe and Africa.