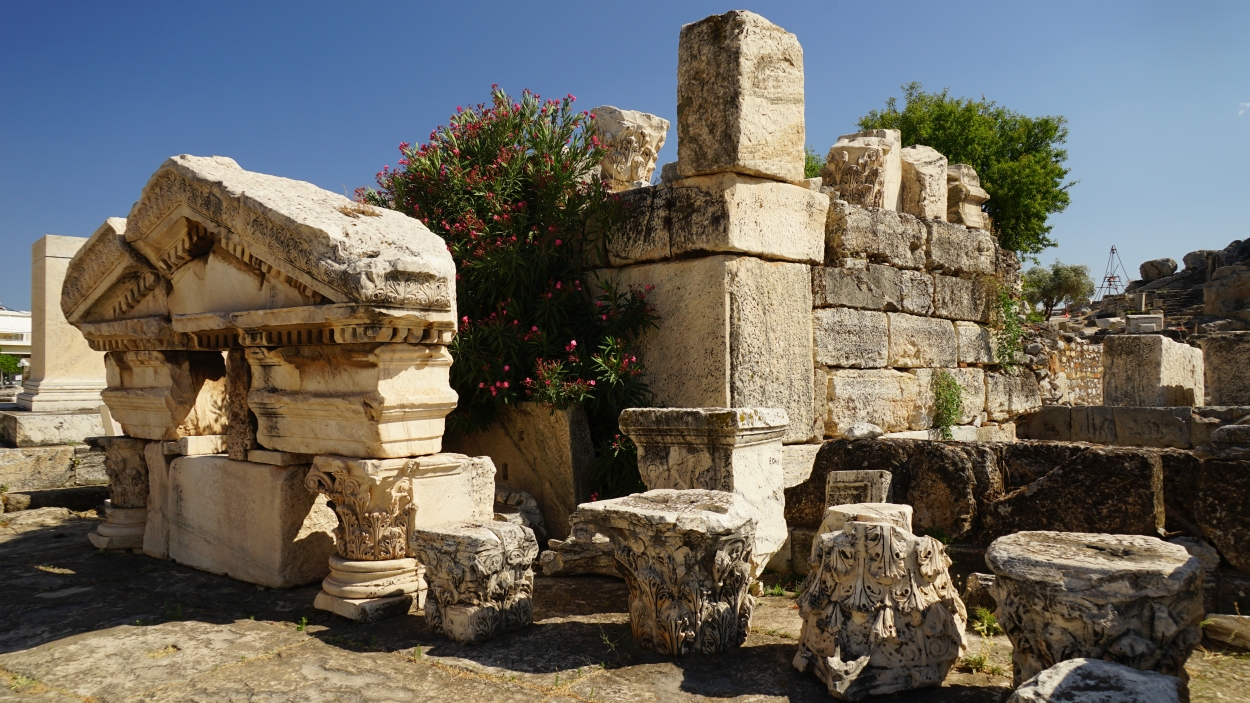 Eleusis Archeological Site is situated about 18 kilometers northwest of the center of Athens on the slopes of a low hill on the Thriasian Plain, close to the shore of the Saronic Gulf. Although little has been restored, the scale of its construction is impressive, as enormous pieces of columns and building blocks are scattered all over. The core of the site is the Sanctuary of Demeter, dating to Mycenaean times when the goddess’s cult was one of the most important in Ancient Greece. By Classical times, until the 4th century AD, Demeter was celebrated with a huge annual festival that attracted thousands of pilgrims seeking initiation to the Eleusinian mysteries. They walked in procession from the Acropolis to Eleusis along the Sacred Way, which was lined with statues and votive monuments. Initiates were sworn to secrecy on the punishment of death; during the 1400 years that the sanctuary functioned, its secrets were never divulged. The whole site is under massive renovation (not really worth the 4 EUR entrance fee), including the museum (closed for 2 years already), at the back of the site, On the way to Athens, we bought ⛽ diesel for 2,139 EUR / l.