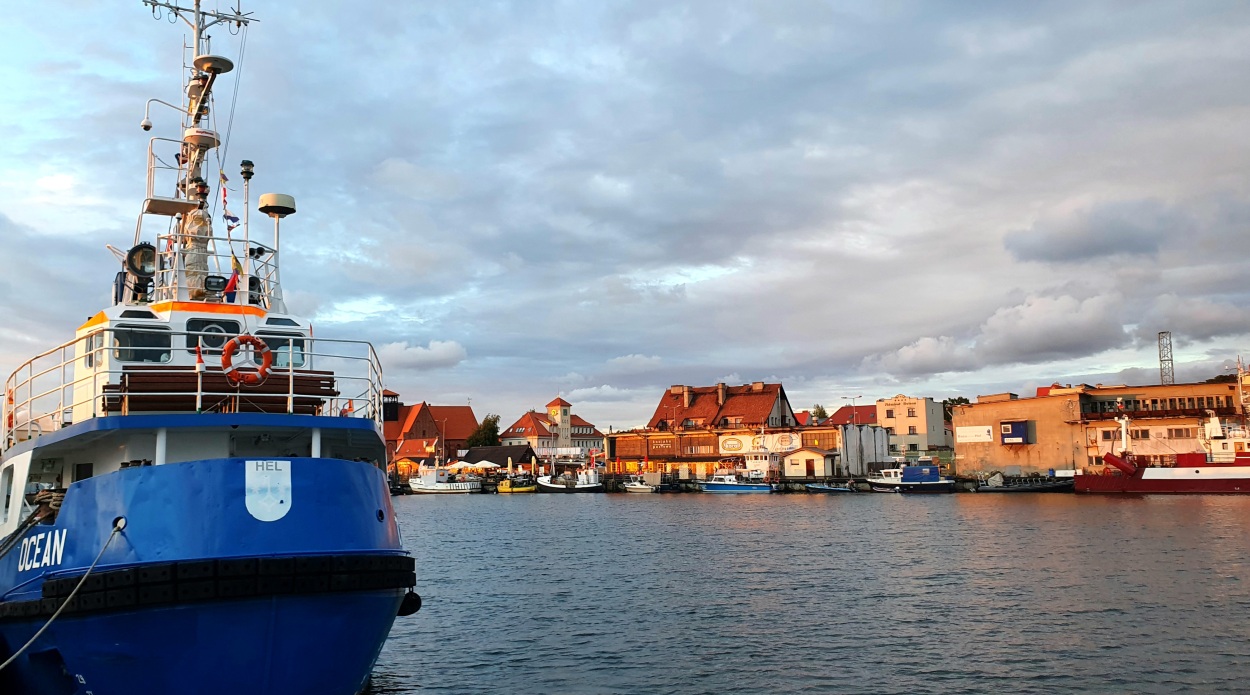 Cold weather and rain followed us to Hel – the sandbar peninsula in the Baltic Sea. The width of the peninsula varies from 100 meters to 3 kilometers. Since the peninsula was formed entirely of sand, it was in the past frequently turned into a chain of islands by winter storms. Nowadays a road and a railroad run along the peninsula from the mainland to the Hel town located at the furthest point, where we have parked for overnight. Throughout history, Hel benefited from its strategic location at the maritime gateway to Gdańsk. By the 14th century, Hel was a prosperous fishing port and trading center. However, it was constantly threatened by storms and the shifting coastline, so Hel declined in importance in the 18th century before reinventing itself as a popular seaside resort. The sandy beach was our main draw, but we were unlucky with the weather. If you will be unlucky like us, there are still many attractions to see, famous are remainings of German defenses, most important is the biggest ever build artillery on land – gun battery Schleswig-Holstein (406 mm). In the charming town are traditional fishermen`s houses, restaurants, and cozy bars – we spent the whole night in the friendly Bar Hello (Specjal Beer 0,5 l / 8 PLN). And since the night was long, the next day we did not have time to visit the Seal Protection Centre, where seals are offered a safe haven for breeding.