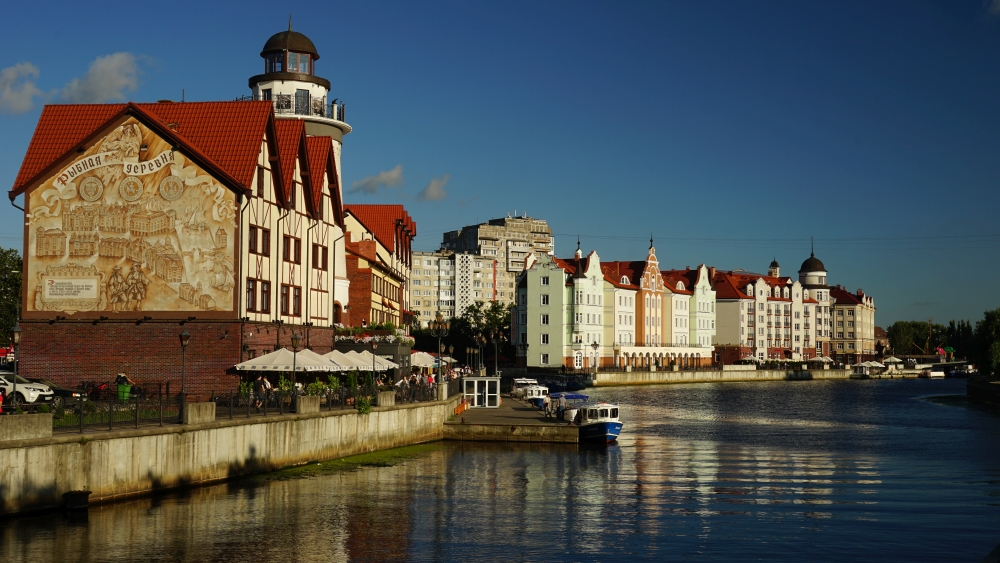 We spent two days in the friendly city of Kaliningrad, formerly knows as German Königsberg (1255–1946). The city’s history began in 1255 when the Teutonic Knights founded a fortress on a hill, named Königsberg (King’s Hill). It became the capital of the dukes of Prussia and later the capital of East Prussia, the city was ceded to the Soviet Union in 1945. It has no direct access to the sea since it is located near the place where the Pregolya River enters Kaliningrad Bay, but the city still has a large port and hosts the headquarters of the Baltic Fleet of the Russian Navy. The city symbol is the Amber Museum, located in a red-brick tower which once formed part of the fortress. We walked around the city center, which was badly devastated during WWII. But it still has some interesting areas like the Fishing Village – a German-style craft trades area, Museum of the World Ocean (650 RUB) with its unique collection of vessels, and the King’s Gate. The city has also rich nightlife, but sadly only on weekends (beer 150 RUB / 0,5 l), otherwise it is very quiet.