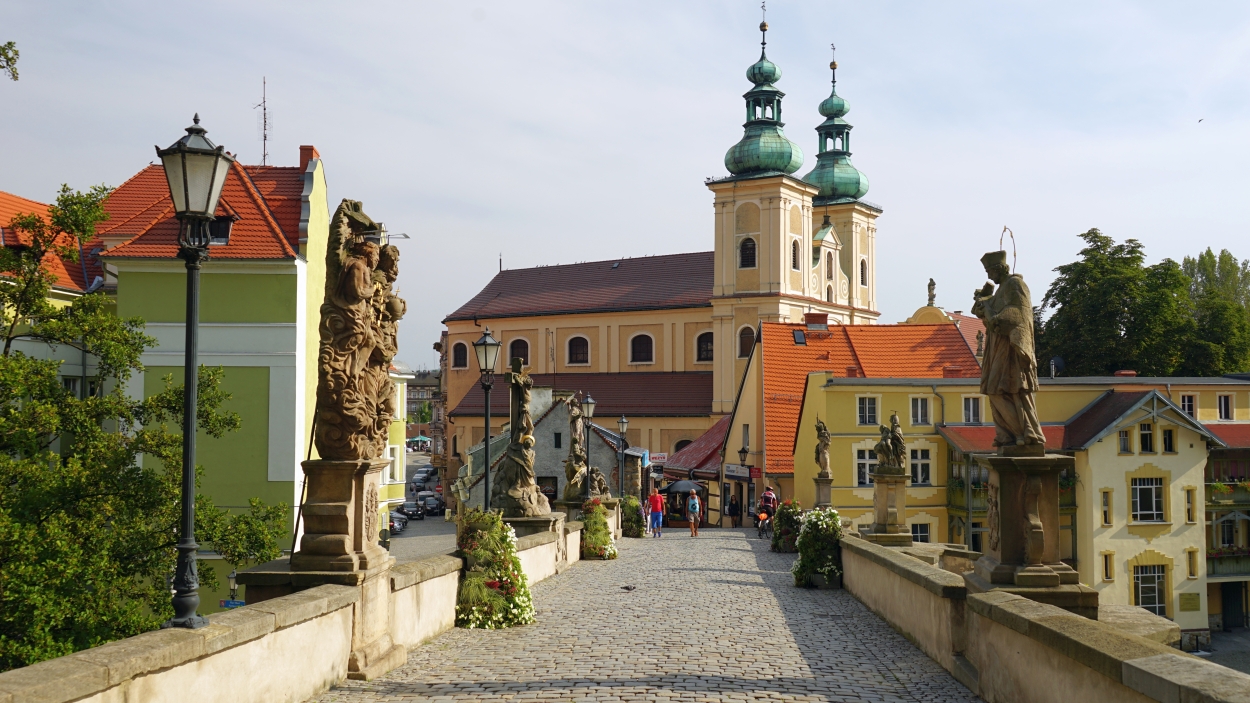 Our last day in Poland we spent in southwestern Poland in the former Sudety (Sudeten) on Nysa Kłodzka River (highway fee Oświęcim – Kłodzko 9,30 PLN). Town Kłodzko – a Polish frontier settlement existed there from the 6th to the 10th century. Kłodzko passed to Bohemia in 1327, then to Austria and Prussia, successively; it returned to Poland in 1945. The oldest relic of Polish literature, the famous 15th-century Florian Psalter, was written in Kłodzko. We have strolled around the city, and among other historic buildings, we saw the Gothic bridge of St John – often called a “Charles Bridge in miniature” due to its resemblance to one of the most notable historical monuments of Prague. On the main square is the Town hall, built in 1890, with added older Gothic-Renaissance tower. Famous are city tunnels constructed under the city since the 13th century. Nice is the Church of Assumption – one of the most notable examples of Gothic architecture in Poland, constructed by the Order of Saint John in the 14th century. Above the city is the fortress – a unique stronghold on a high rock overlooking the city, first erected on this spot in the 9th century. The fortress was built to protect the town from Bohemian forces. During the reign of King Frederick the Great, it was one of the largest fortresses in Prussia. We finished our day at Przy Żelaznym Moście Restaurant (Chicken broth 10 PLN, Beef goulash with chestnuts on wine and dumplings 45 PLN, Lemonade 0,2 l / 10 PLN).