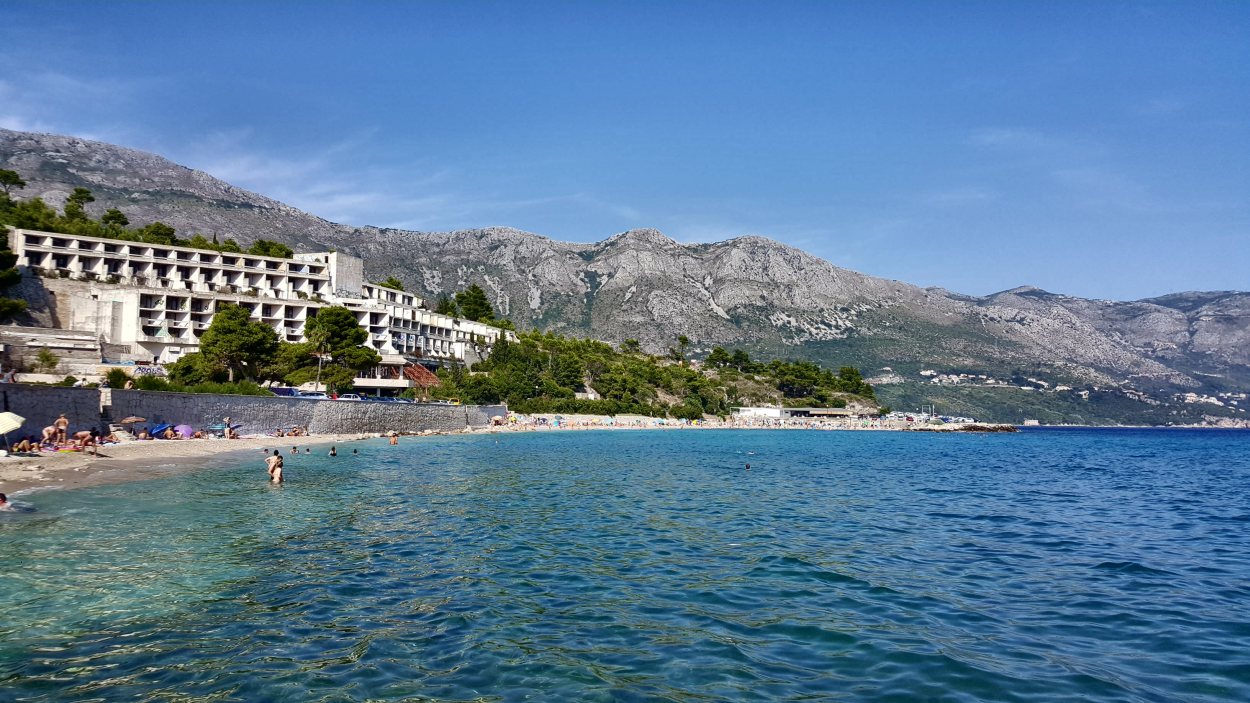 We stopped at Kupari for another lazy day at a strange beach surrounded by ghost buildings. Officially it was the Kupari Tourist Complex – a disused military tourist resort built for the elite of the Yugoslav army. In the 1960s a resort on a sandy bay was constructed, including five hotels, a campsite, and many villas. In fact, the Kupari was one of the pioneers of Dubrovnik’s tourism industry. In 1991 almost all of the valuables from the five hotels were looted and then phosphorous bombs were used to systematically burn the hotels, floor by floor. The beach, stretching out in front of the former hotels, has brought people back to Kupari. Swimming in the crystal clear the Adriatic Sea with a background of facades peppered with shrapnel and missile holes, the concrete blocks have become something of a tourist attraction.