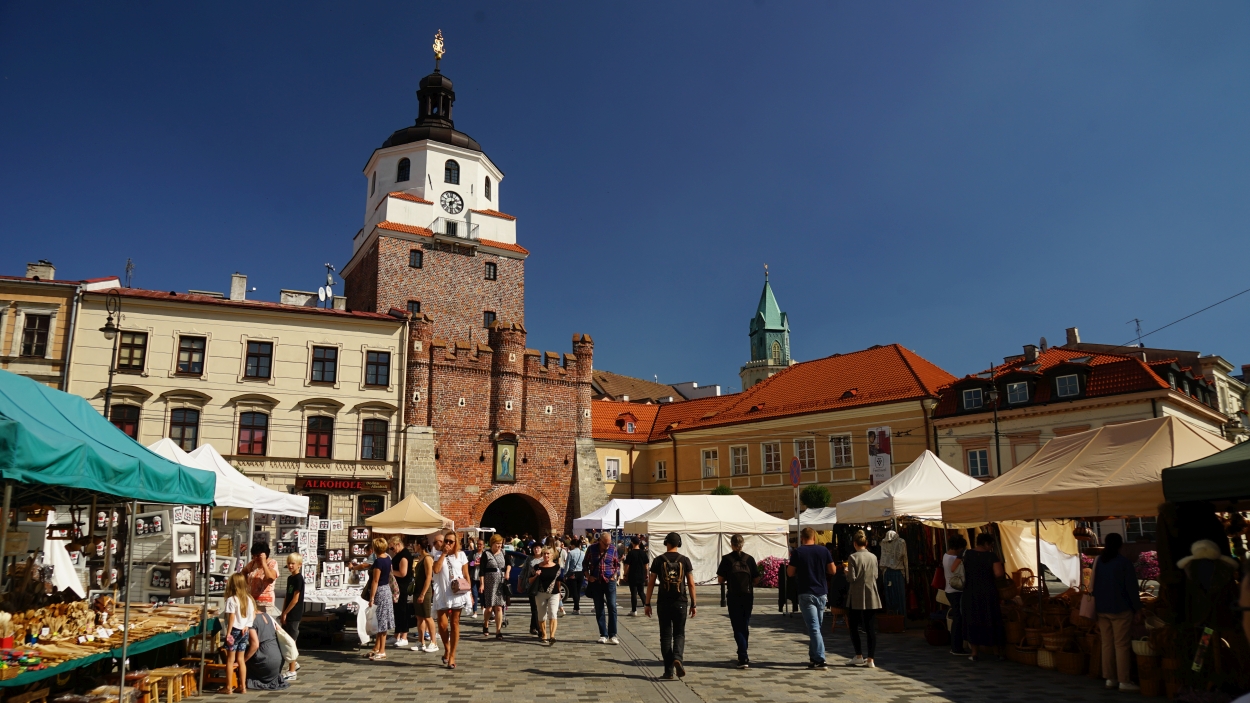 We spent Friday evening in the regional hub – Lublin. Founded as a stronghold in the late 9th century on the Bystrzyca River, the settlement grew up around the castle and received town rights in 1317. It served as a joint meeting ground for Poland and Lithuania, and in 1569 the Union of Lublin between the two kingdoms was signed there. Lublin reached its economic peak during the late 16th century. In 1795 it passed to Austria and in 1815 to Russia. The first independent temporary Polish government was proclaimed there in 1918. After World War II, Lublin was made the provisional seat of the Polish Committee of National Liberation and served briefly as the seat of the national government. Its notable landmarks include the medieval castle, which was restored in 1954; built in the 14th century, it was remodeled in a neo-Gothic style during the 19th century and was later used for a time as a prison. The exploration of the city took us a whole afternoon, there was some street food festival, so the town was full of people, but it gave us chance to taste some local street food – Pork skewer 30 PLN, Baked Oštiepok 8 PLN (traditional smoked sheep milk cheese), and Kwas Chlebovy 8 PLN (soft drink made from fermented dark rye bread). In the evening we had really great Irish Stew (34 PLN) at U Szewca for a dinner. After that, we took a beer in funny Helium Club (located on the roof of the hospital, Lech beer 0,5 l / 10 PLN) and the last drink we had at cozy Studnia Bar (Perla beer 0,5 l / 8 PLN).