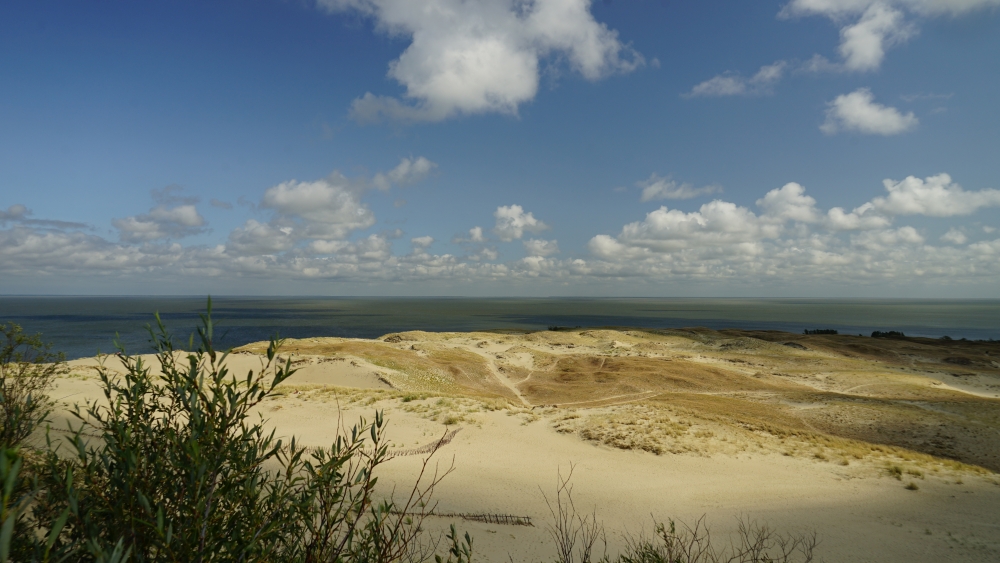 We made a day hike around the coast and sand dunes in Nida. This tranquil fishing village is located on the 98 km long Curonian Spit which shares the UNESCO accolade with Russia. This lone detached strip of land surrounded by the waters of the Baltic Sea and the Curonian Lagoon is one of the few unique places in Lithuania. The Curonian Spit, including Nida, was first mentioned by the Teutonic Knights in 1385, and in 1701 became part of the Kingdom of Prussia. The spectacular strip of land also known as Neringa is a national treasure with drifting white sand dunes, deep blue waters, evergreen forests, and distinctive architecture. Late afternoon we have reached the tallest sand dune in Europe in Nagliai Nature Reserve with a viewing platform over the “Dead Dunes” – a silent cemetery to the villages which were covered by the rapidly moving dunes. It’s believed that the speed of the dunes ranged from 0.5 up to 15 meters per year and people were simply incapable of fighting them back. In the evening we have joined a little folk concert in the harbor (4 € / beer and 5 € / hot sandwich).