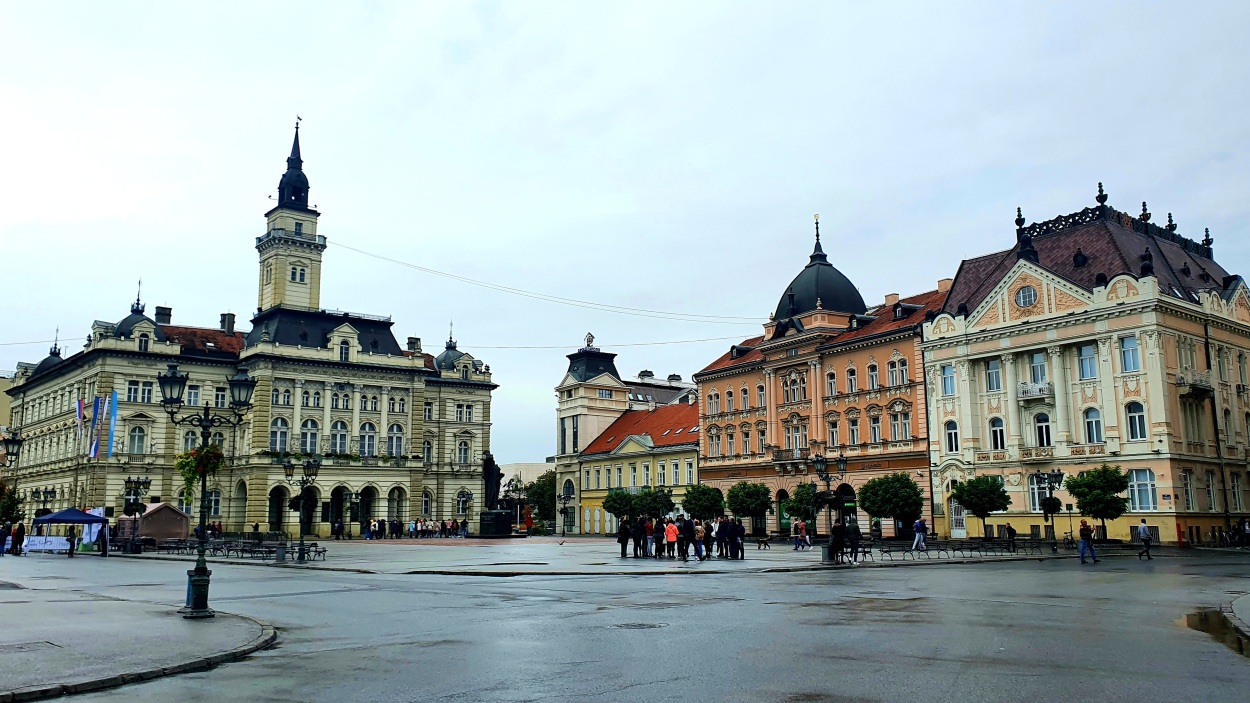 the Austrians into the present huge structure after 1699 as part of the military frontier with the Ottoman Empire. During the period of Turkish rule of Serbia south of the Danube, Novi Sad became a center of Serbian culture in Austrian lands, especially after the Serbian literary society Matica Srpska was founded there in 1826. The ethnic diversity of the region is exemplified by the Public Broadcasting Service of Vojvodina (formerly Radio Television Novi Sad), which broadcasts in Serbo-Croatian, Hungarian, Slovak, Romanian, Ukrainian, and Romany languages among others. Novi Sad is sometimes nicknamed the “Athens of Serbia” because of its history as a vibrant and creative city with many established galleries, an alternative music scene, and a vibe that’s generally more liberal than that of other Serbian cities. Novi Sad was 2019’s European Youth Capital, and in 2021, it became the first non-EU city to spend a year with the prestigious title of European Capital of Culture. In the evening we took dinner at Irish Pub Red Cow (Ražnjići with fries and coleslaw salad – 548 RSD, Tea – 158 RSD, Lav Beer – 198 RSD / 0,5 l) followed by an exploration of Laze Telečkog street where most of the famous bars and clubs are located – Cactus (Tuborg beer – 300 RSD / 0,33 l, Somersby Cider – 290 RSD / 0,33 l), Havana Bar (Cocktails – 385 RSD), Gerila Bar with an excellent rock band (Lav beer – 200 RSD / 0,5 l) and famous Martha`s pub. The next morning, we walked pedestrian Zmaj Jovina, which stretches from the main square Trg Slobode to Dunavska street and to Petrovaradin Fortress.