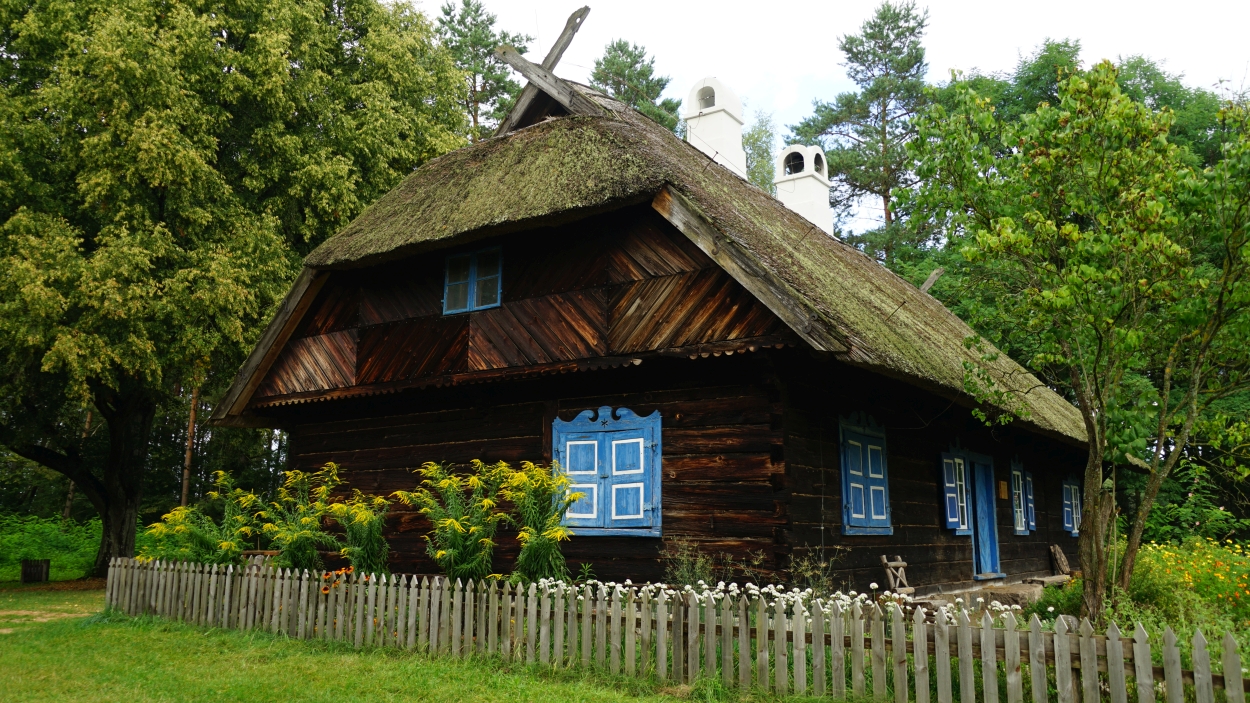 Our first stop in Eastern Poland was The Folk Architecture Museum and Ethnographic Park in Olsztynek (entrance 17 PLN, parking 15 PLN). It was established in 1909 when the authorities of Königsberg (the present-day Kaliningrad) decided to establish a museum of rural architecture in the territory of the Königsberg Zoological Garden. At that time, about 20 replicas of 18th and 19th-century folk structures from the area of East Prussia were built. In 1937, a decision was made to transport the buildings from Königsberg to Olsztynek, which was eventually carried out between 1938 and 1942. What has remained from the original number is 12 structures of folk architecture, including a Lithuanian homestead, the Evangelical Church from Rychnowo, a hut with an arcade from Burdajny, and a smithy from Bielica. At present, this Skansen features about 74 examples of regional timber architecture from Warmia, Powisle, and Masuria, plus a cluster of Lithuanian houses. There’s a variety of peasant cottages complete with outbuildings, various windmills, and a thatched-roof church. Several buildings have been furnished and decorated inside in a traditional period manner and the effect is impressive. We got bored in the evening, so we took a one-kilometer walk in the rain back to the town to the Escobar – quite pleasant and the only one drinking place there (Żywiec Beer 0,5 l / 6 PLN).