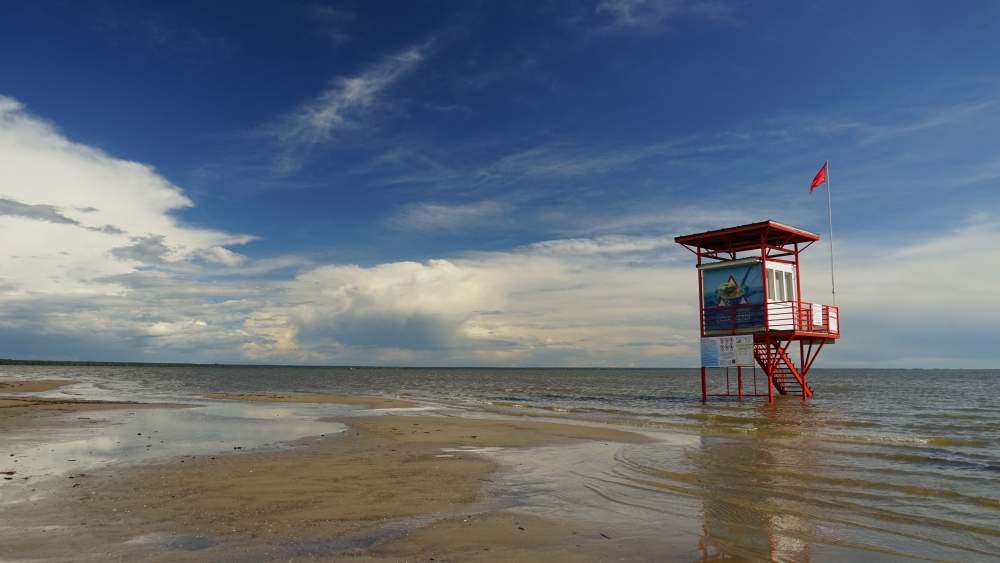 We spent two nights in Pärnu – the ultimate summer holiday destination in Estonia. It is a very quiet and cold place with a large sandy beach, numerous restaurants, cocktail bars, spas, and a relaxed, laid back vibe. Pärnu (Perona) was founded by the bishop of Ösel–Wiek around 1251. During the years it was controlled by the Poles, the Swedes, the Russian Empire, the Soviet Red Army, Germany, and finally by the Soviet Union. In the Old Town, there is the theatre, the Town Hall, in which classicist and art nouveau elements are combined and the baroque St. Catherine’s Church and Elisabeth Church from the 18th century. Rüütli Street with several nicely restored buildings is the heart of the Old Town. Tallinn Gate is the only part, which has remained of the ancient town wall.