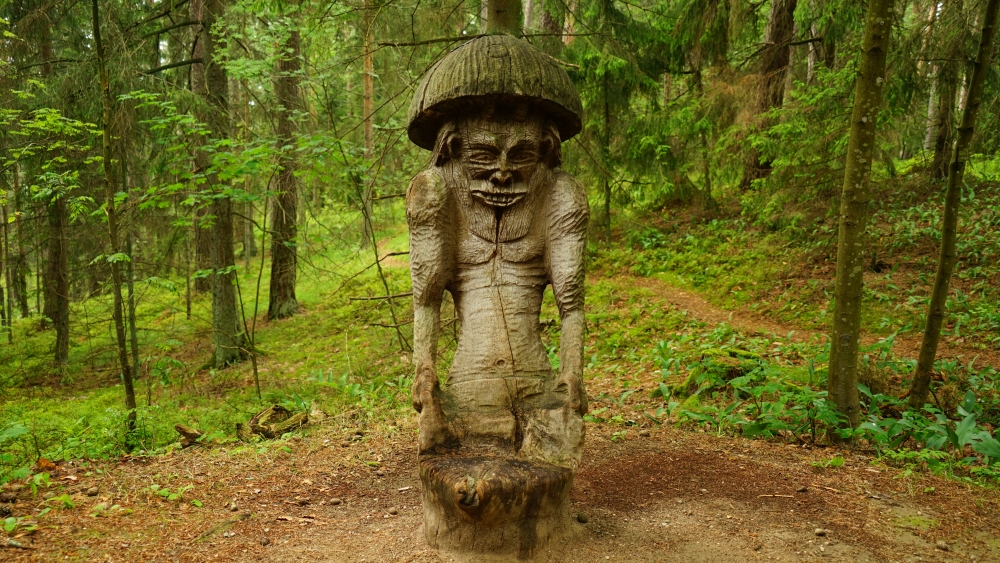 From Klaipėda we took a quite expensive ferry (24,6 € / few minutes ride) to Curonian Spit, the birch-lined tendril of land across the lagoon, which is also called Neringa. On top of that, we have paid another 30 € entrance fee to the National Park. Our first stop was the Juodkrantė forest with Raganu Kalnas (known as the Hill of Witches) which is alive with a vast array of fairytale creatures, crow-monsters, and devils. Since ancient times, the Festival of St. John was celebrated at the Hill of Witches. Nowadays, walking along the path of the hill, we saw the unique exposition in the open air. 71 sculptures out of oak trees were gouged during summers of 1979 – 1981 by Lithuanian (mostly Lowland) folk artists. The theme of the hill sculptures is the world where witches, demons, and characters of Neringa legends live.