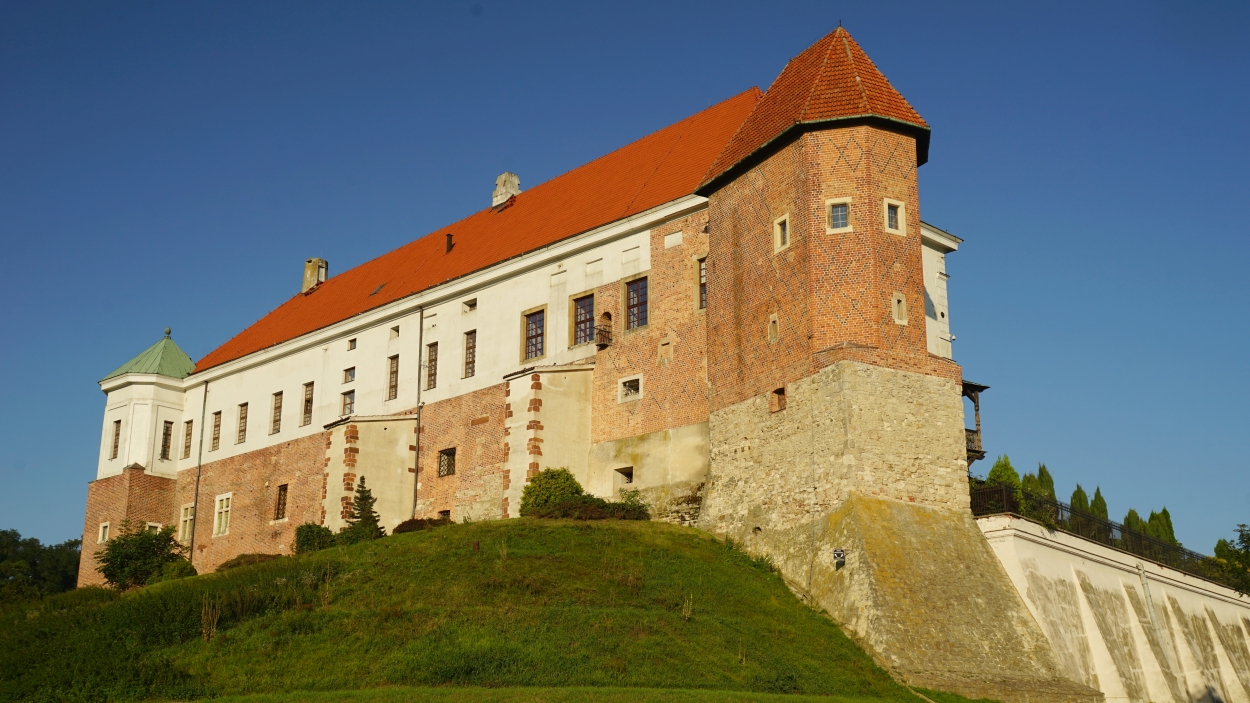 On the way to Krakow, we have stopped on the left bank of the Vistula River above the latter’s confluence with the San River. There lays the historical city of Sandomierz. First mentioned in 1097, Sandomierz gained early importance because of its geographic position astride the trade route between the Baltic and Black seas and Ruthenia. It was the 12th-century capital of the Sandomierz principality and it received municipal rights in 1286. Devastated by Tatar invasions in the late 13th century, the town was rebuilt in the 14th century by the Polish king Casimir III (the Great). Sandomierz developed economically and became one of the largest towns in Poland in the 16th century, but in the 17th century, it was ruined by plague, fires, and prolonged wars. It passed to Austria in 1772 and was returned to Poland in 1918. The city has many old buildings, including the Romanesque Church of St. James, a 14th-century Gothic cathedral with Byzantine murals (painted in the 1420s), and Opatów Gate, part of the old fortifications. We made a short one hour walk through the town. And before we left, we tried one tasty Zapiekanka (20 PLN) at one of the food stalls on the main square.