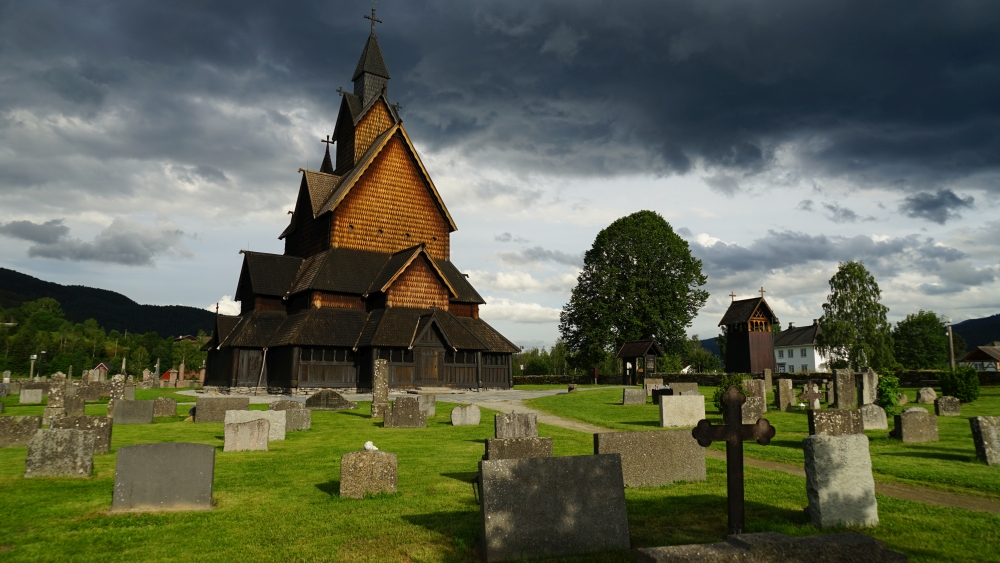 On the way to Gausta Mountain, we stopped by two lovely stave churches. A stave church is a medieval wooden Christian church building; the name derives from the building’s structure of post and lintel construction. Our first stop was Seljord church dedicated to St Olav. It was built in the Romanesque style in the 12th century. The next fairy-tale Heddal church is the largest and one of the most beautiful of Norway’s 28 remaining stave churches. It was constructed at the beginning of the 13th century. After the Reformation, the church was in a very poor condition, and a restoration took place during 1849–1851. As always, it’s constructed around Norwegian pine support pillars, 12 large ones, and six smaller ones, all topped by fearsome visages – and has four carved entrance portals. After the intensive visit to the church, we took a relaxing walk to the nearby open-air museum with few houses from 1730.