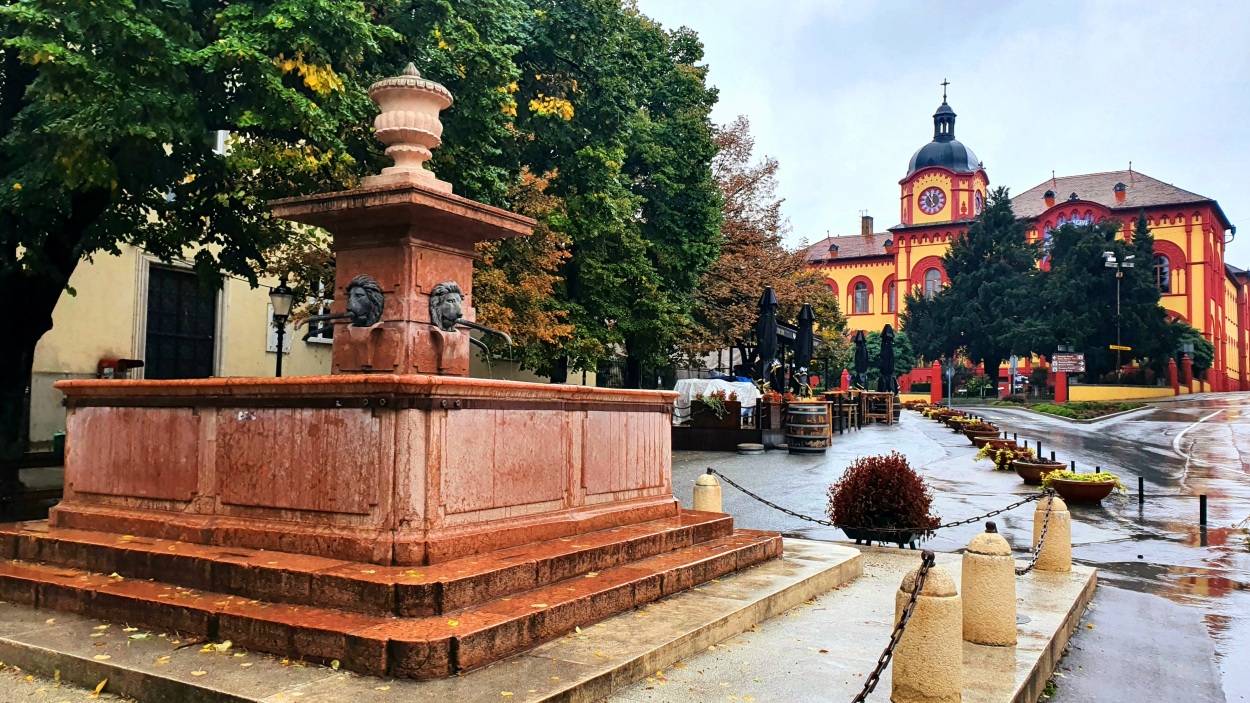 Sremski Karlovci is scattered between the green slopes of Fruška Gora and the blue Danube. In 1698–99 the village was the site of a 72-day congress that ended hostilities between the Ottoman Empire and various European states in the Treaty of Carlowitz. By this treaty, the Habsburgs took from the Turks control of the village and the surrounding region of Vojvodina, which was peopled by Serbian refugees from Ottoman rule. The town also was host in 1848 to an assembly of Vojvodina Serbs who declared the region’s independence from Hungarian rule. Sremski Karlovci is also a city of vineyards since the Roman emperor Probus planted the grapevine brought from southern Italy, winemaking or viniculture became one of the main occupations of Karlovci’s residents. The city has its own legend which claims that whoever drinks from the Four Lions fountain located in the city center will surely return to Karlovci and get married there, so we better skip it.