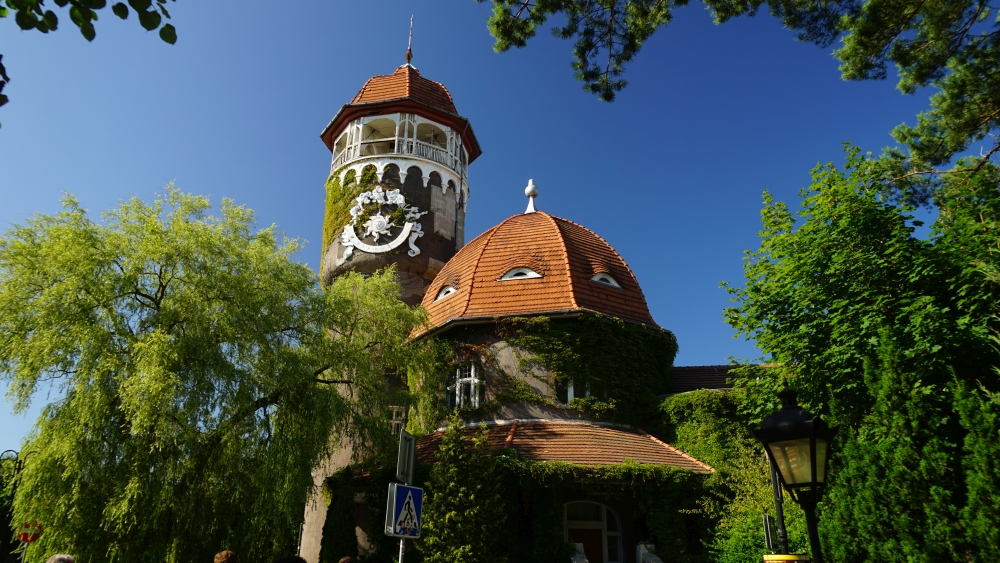 In the afternoon we have arrived in the Svetlogorsk, prior to 1947 known by its German name Rauschen. It is a resort town located on the coast of the Baltic Sea in the historical region of Sambia of East Prussia, 39 kilometers northwest of Kaliningrad. It was established in 1258 as a fishermen settlement. In the early 19th century, the place became fashionable among German vacationers and it became a spa town. The city was beautified during the visit of King Frederick William IV of Prussia and became even more popular with the opening of the Königsberg railway in 1900. We strolled around the tiny city center with well preserved Prussian architecture and walked up and down the gigantic beach promenade. At the end of our visit, we took a funny cable car, which was constructed before World War I, from the beach to the center (a few minutes ride, 50 RUB).