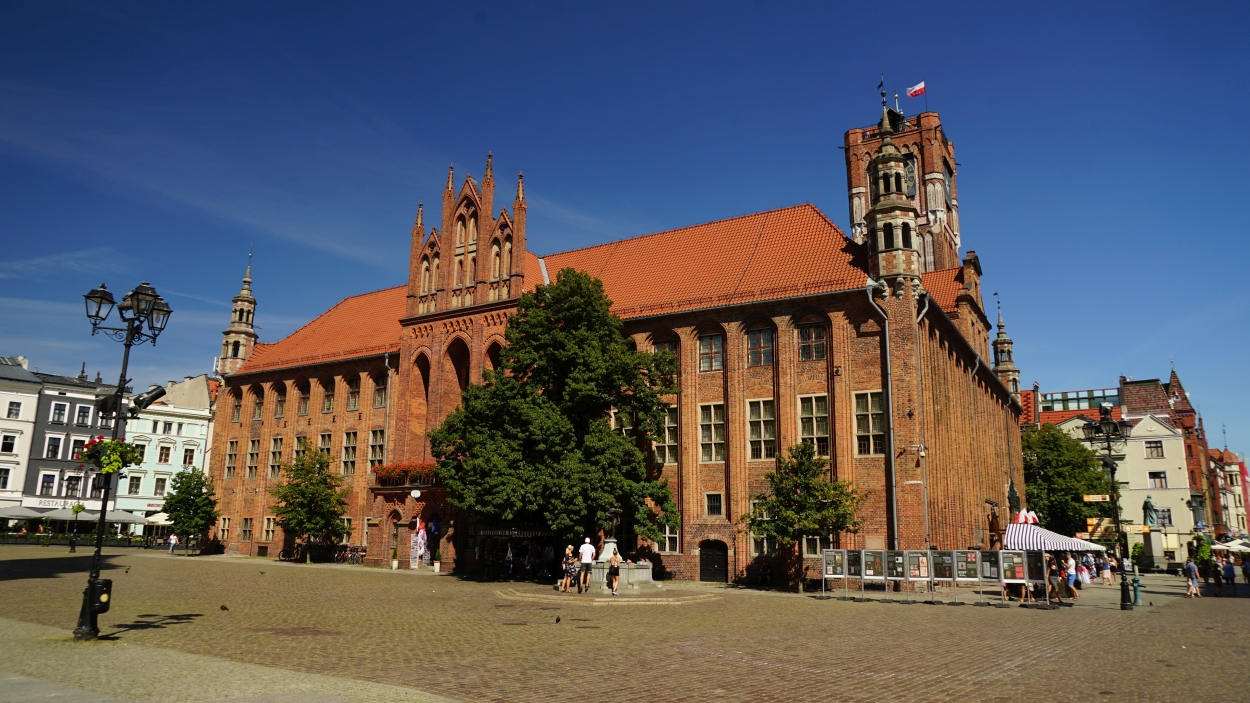 We spent another two days in a historic and utterly charming spectacular medieval town Toruń (listed in UNESCO). A city located in Northern Poland is the birthplace of the famous Nicolaus Copernicus. In the Middle Ages Toruń was a prominent trade center as a member of the Hanseatic League; in Poland is called ‘Krakow of the North’. It’s hard to describe Toruń better than Polish chronicler Jan Długosz did back in the 15th Century. Despite how much it’s grown and changed since his time, even back then it was clearly special: “With its decorative buildings and brick tiles covering its roofs, Toruń shines so wonderfully that few towns can match its beauty and magnificence”. Toruń is the most Gothic urban complex in Poland strategically located on the River Vistula. The town was established in the 13th Century by Teutonic Knights – but somewhere else! The reason it was later moved, according to the Teutonic Order’s chronicles, was constant flooding. Within a short time, two towns had developed: The Old and the New, and the Teutonic Knights built their castle very logically between the two. Toruń is also well-known for its sublime gingerbread, which forms an important part of the city’s heritage. We have parked just a few steps from the center (guarded parking 35 PLN / day, toilet 2 PLN). On the first day, we took a long afternoon walk around the city with a stop at Poprad Bistro to taste local popular street food Zapiekanka (10 PLN). It is a really tasty open-face sandwich made of half of a baguette, topped with sautéed white mushrooms, ham, dried tomatoes, cheese, and sometimes other ingredients. It is toasted until the cheese melts and served hot with ketchup. On the second day, we made half-day sightseeing, and after that, we spent some time on the anchored boat Atena (Żywiec Beer 0,5 l / 7 PLN, Chicken strips and fries 32 PLN). Later in the evening, we have explored two popular bars (Kredens – Mojito 18 PLN, Kadr Klub – Mojito 18 PLN, Refreshing huge Kebab on the street – 16 PLN). Very late in the night, we came to Bajka Disco (Entrance – 20 PLN, Mojito – 20 PLN). It was like being sucked through the stargate and sent back in time. Don’t miss the unforgettable experience to see the place from the middle of the 80s with an “authentic local crowd” dancing to Polish disco songs.