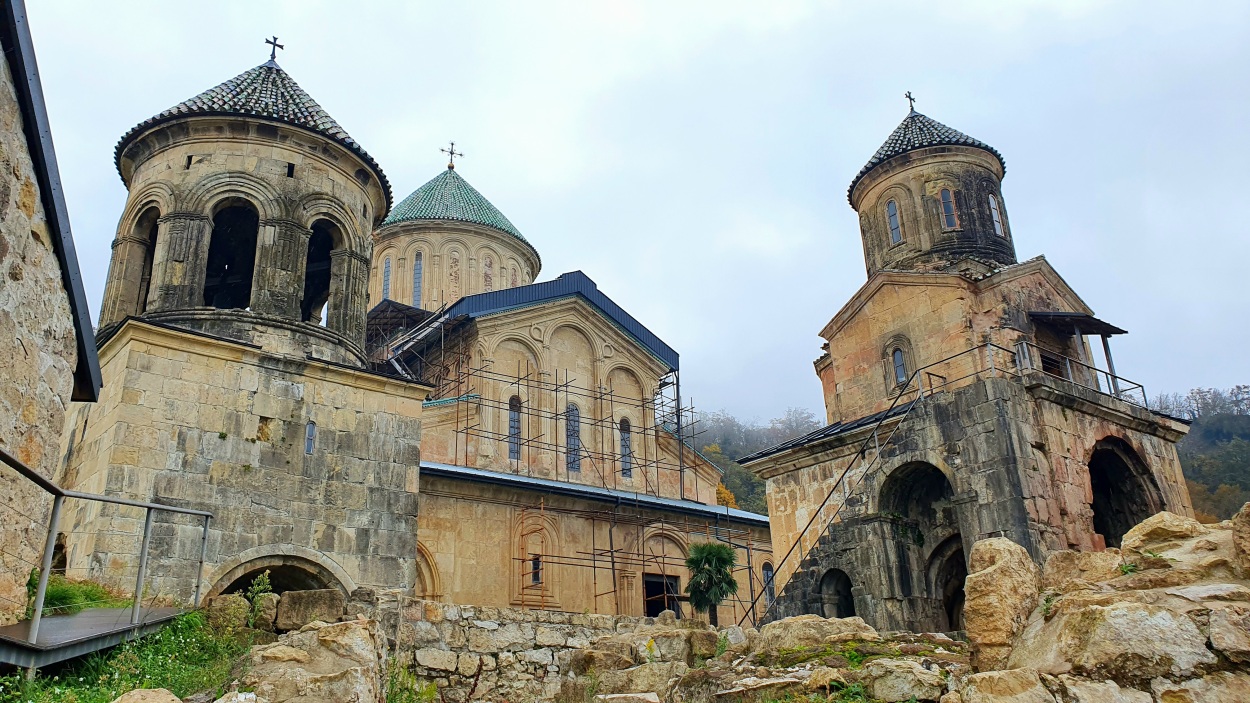 Today we visited the monastery complex (unfortunately under restoration) on a wooded hillside 8km northeast of Kutaisi. It is an outstanding example of Golden Age architecture and one of Georgia’s most influential churches. Gelati was a cultural hub of Georgia’s medieval renaissance, and many Georgian rulers were buried here, including the great 12th-century king, David the Builder. The interior of the main Cathedral of the Virgin is among the brightest and most colorful in Georgia, with fascinating frescoes. King David founded Gelati in 1106 as a center for Christian culture and Neoplatonist learning. Medieval chroniclers described its academy as a ‘second Jerusalem’ and a ‘new Athens.’ In 1510 the Ottoman Turks set fire to the complex, but Bagrat III of Imereti restored it. The communists cast out the monks in 1922, but the churches were reconsecrated in 1988.