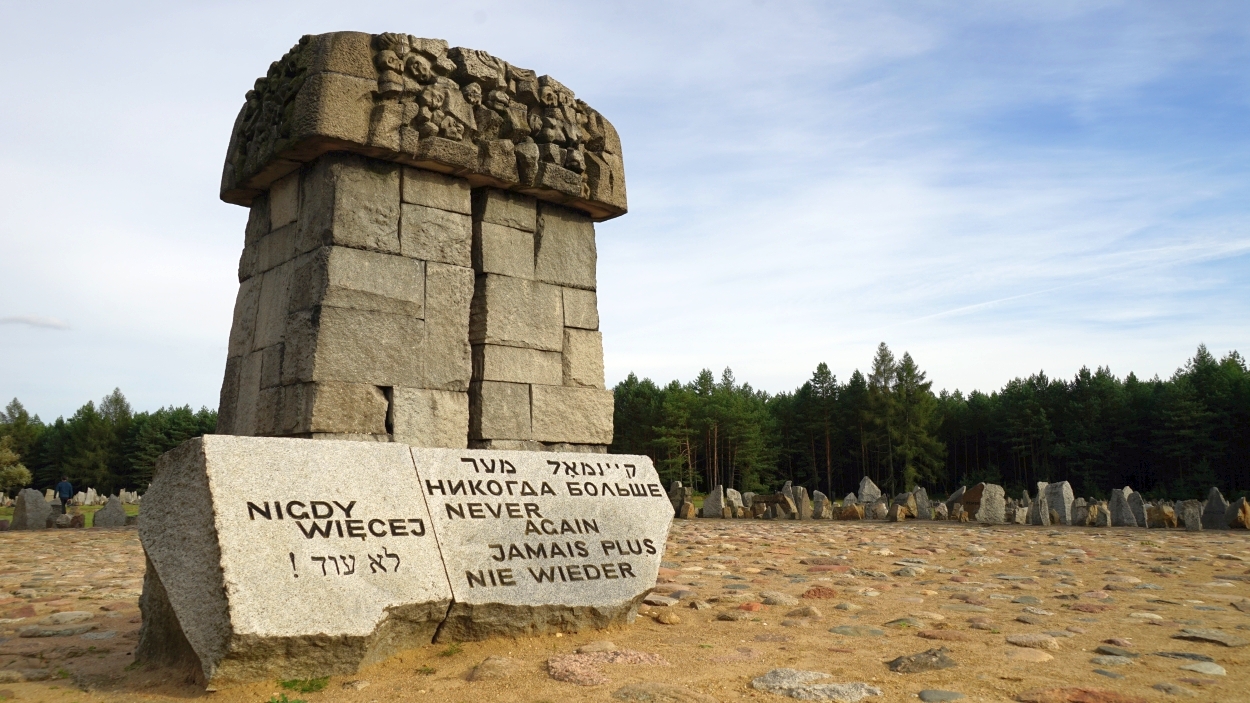 Today, we spent the afternoon and overnight at a terrifying and tragic place – Treblinka. It was a major Nazi German concentration camp and extermination camp, located 80 kilometers northeast of Warsaw on the main Warsaw-Bialystok railway line. There were actually two camps. The Nazis opened the first, Treblinka, 4 kilometers from the railway station in December 1941 as a small forced-labor camp. The second, larger, ultrasecret camp – called “T.II” (Treblinka II) in official dispatches – was 1,6 kilometers from the first and opened in July 1942 as an extermination camp for Jews as part of the “final solution to the Jewish question,” or the Holocaust. The Nazis established this camp – along with Belzec and Sobibor – as part of Operation Reinhard, an effort to exterminate the Jews of occupied Poland. Our walk around the camp took us the whole afternoon and we gave also some time to the little museum displaying documents about the genocide.