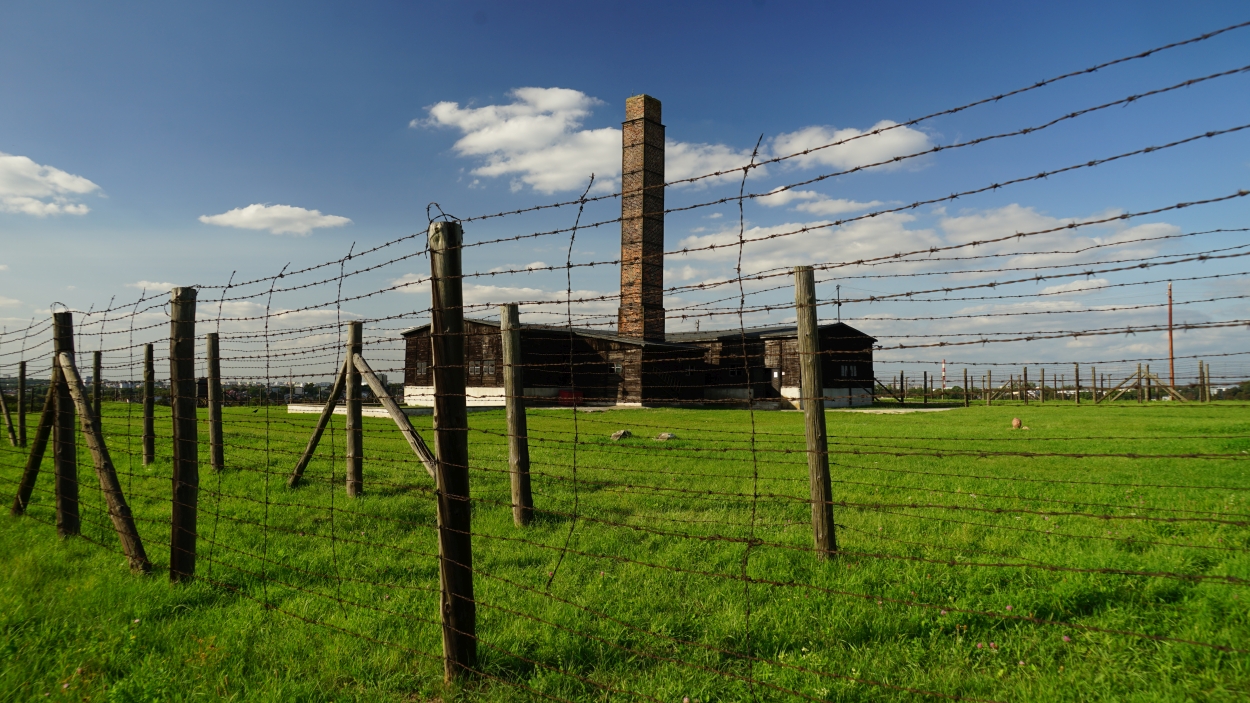 Another sad stop we made just southeast of Lublin in the infamous Majdanek (parking 15 PLN), the second-largest Nazi concentration camp in Europe, where some 360,000 people died during World War II. In October 1941 it received its first prisoners, mainly Soviet prisoners of war, virtually all of whom died of hunger and exposure. Within a year, however, it was converted into a death camp for Jews, transported first from Bohemia and Moravia (now in the Czech Republic) and then from Poland, The Netherlands, and Greece. Like Auschwitz, Majdanek was not a death camp alone but also a prison camp and a work camp. With seven gas chambers, two wooden gallows, and some 227 structures in all, it was among the largest camps. In September 1943 the Nazis added a large crematorium containing five ovens. In the first months of killing, Nazi firing squads executed prisoners in a nearby forest, but afterward, victims were herded into the gas chambers for mass executions. The bodies were cremated. In time, the Nazis added nearby branch camps, such as Travniki. The Soviet Red Army entered Majdanek in late July 1944, a full 6 months before the liberation of Auschwitz and 10 months before American and British troops entered concentration camps in Germany and Austria. Only a few hundred prisoners remained alive. In the days before the Soviets arrived, the Germans had hastily evacuated Majdanek and burned documents, several buildings, and the large crematoria. The gas chambers and many of the prisoner barracks remained intact.