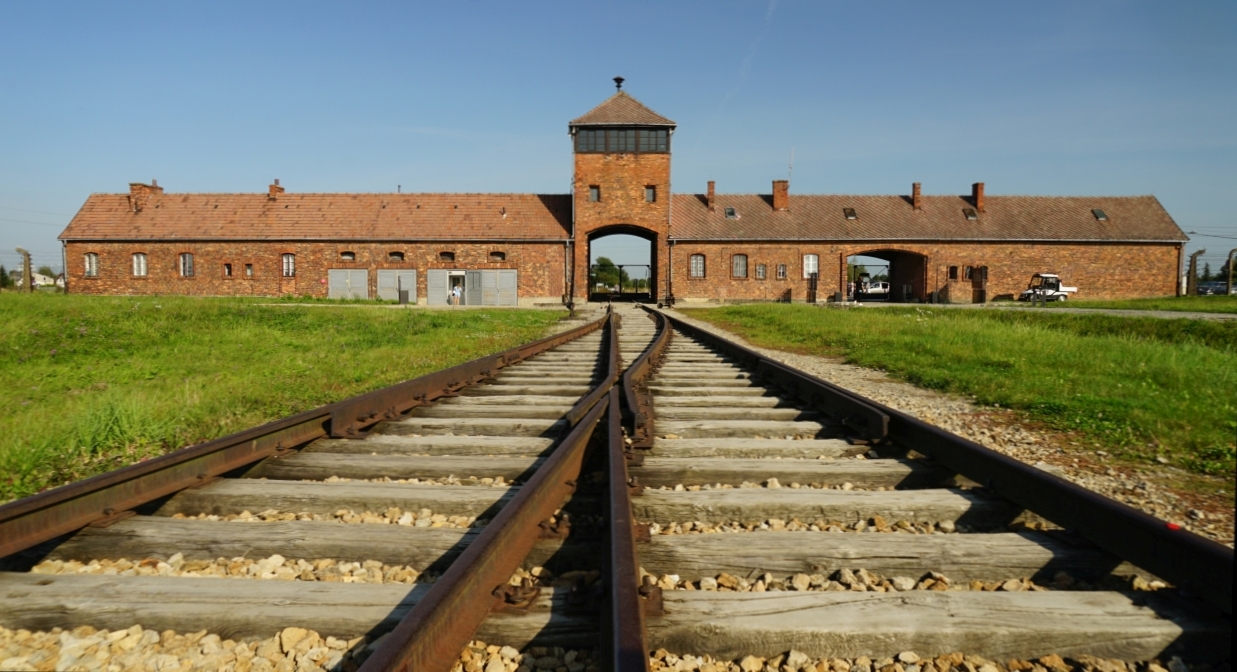 Oświęcim (Auschwitz) is located in southern Poland, it lies at the confluence of the Vistula and Soła rivers. Oświęcim began in the 12th century and received municipal rights in the 13th century. It served as the capital of a sovereign duchy that in 1307 swore allegiance to Bohemia. Annexed to Poland in 1457 and passed to Austria in 1772, it was returned to Poland in 1918. The town became known as the site of an infamous Nazi extermination camp, Auschwitz-Birkenau (Oświęcim-Brzezinka), established in 1940. The Auschwitz-Birkenau State Museum, founded there in 1946, serves as a memorial to victims of World War II. It was our third and last visit to a former Nazi camp, it’s a disturbing experience, but it helps to understand more the full evil of the Holocaust. After Germany sparked World War II by invading Poland in September 1939, the Schutzstaffel (SS) converted Auschwitz I, an army barracks, into a prisoner-of-war camp for Polish political prisoners. The first inmates, German criminals brought to the camp in May 1940 as functionaries, established the camp’s reputation for sadism; prisoners were beaten, tortured, and executed for the most trivial reasons. The first gassings – of Soviet and Polish prisoners – took place in block 11 of Auschwitz I around August 1941. Construction of Auschwitz II began the following month, and from 1942 until late 1944 freight trains delivered Jews from all over German-occupied Europe to its gas chambers. Of the 1.3 million people sent to Auschwitz, 1.1 million died. As the Soviet Red Army approached Auschwitz in January 1945, toward the end of the war, the SS sent most of the camp’s population west on a death march to camps inside Germany and Austria. Soviet troops entered the camp on 27 January 1945, a day commemorated since 2005 as International Holocaust Remembrance Day.

Let’s talk about prices:
HIghway fees Krakow – Oświęcim – 20 PLN. Parking near Auschwitz II – crazy 26 PLN. Parking near Auschwitz I is 20 PLN and for overnight 40 PLN, but just across the road is Hotel Imperiale charging friendly 10 PLN per day. We mention below also one free parking location for overnight next to the gasoline station. The Auschwitz I is a highly touristic place, but it’s not damaged by mass tourism, but mainly by the way how the local staff treating the visitors – they are unhelpful, giving wrong and incomplete information and you can feel, how they really don’t care anything. The entrance fee is hidden under “educator fee” – strange 75 PLN – really not worth the price. Just book an online free individual visit from 16:45 and explore the place by yourself. There are some terrible food options around Auschwitz I, the only good one is the Hotel Imperiale Restaurant (Chicken broth 13 PLN, Pork medallions with roasted potatoes 35 PLN, Lech Free beer 0,5 l / 8 PLN).