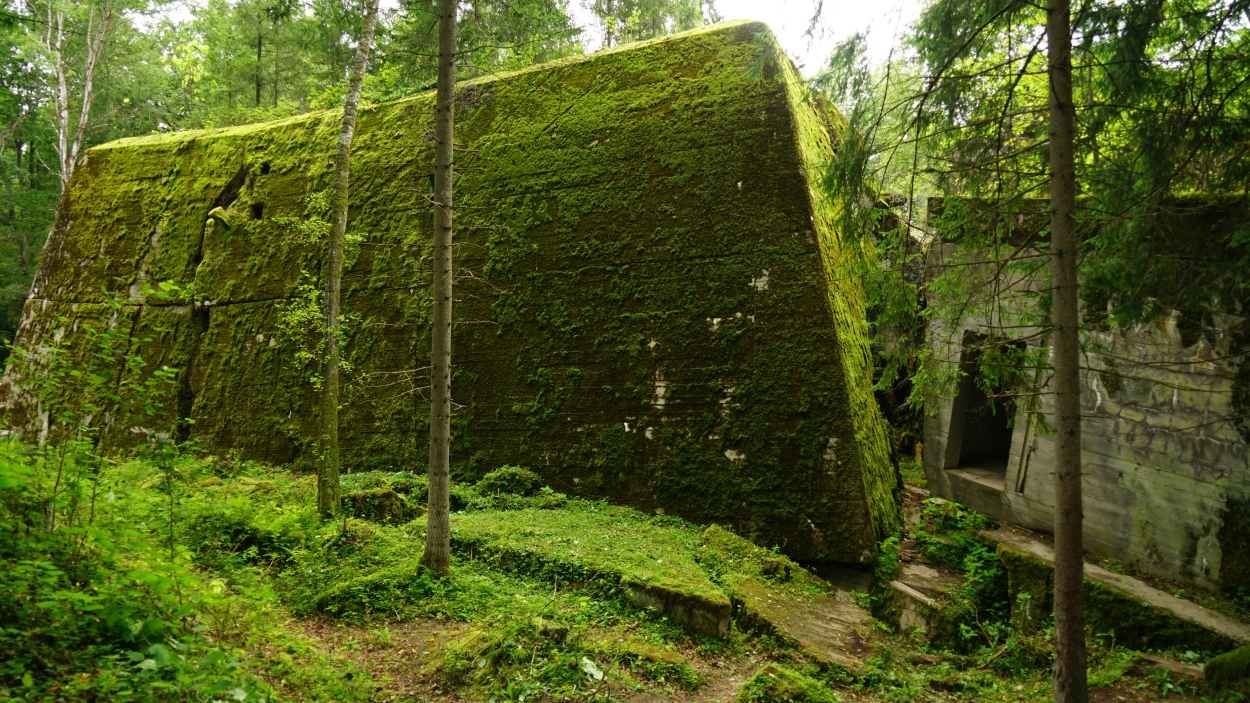 Our second stop today was a famous complex of bunkers from WWII (entrance 15 PLN, parking 10 PLN) in the Forest of Gierloz. The Wolfsschanze (Wolf’s Lair) was Adolf Hitler’s first Eastern Front military headquarters in World War II. The complex, which became one of several Führerhauptquartiere (Führer Headquarters) in various parts of Central and Eastern Europe, was built for the start of Operation Barbarossa (the invasion of the Soviet Union) in 1941. The top-secret, high-security site was constructed in the Masurian woods by Organisation Todt. Three security zones surrounded the central complex where the Führer’s bunker was located. These were guarded by personnel from the SS-Begleitkommando des Führers, Reichssicherheitsdienst, and the Wehrmacht’s armored Führerbegleitbrigade. Despite the security, the most notable assassination attempt against Hitler was made at Wolf’s Lair on 20 July 1944 (Valkyrie – quite a good movie about that). Hitler first arrived at the headquarters on 23 June 1941. In total, he spent more than 800 days at the Wolfsschanze during a 3,5-year period until his final departure on 20 November 1944. In mid-1944, work began to enlarge and reinforce many of the Wolf’s Lair original buildings. The work was never completed because of the rapid advance of the Red Army during the Baltic Offensive in late 1944. On 25 January 1945, the complex was blown up and abandoned 48 hours before the arrival of Soviet forces.